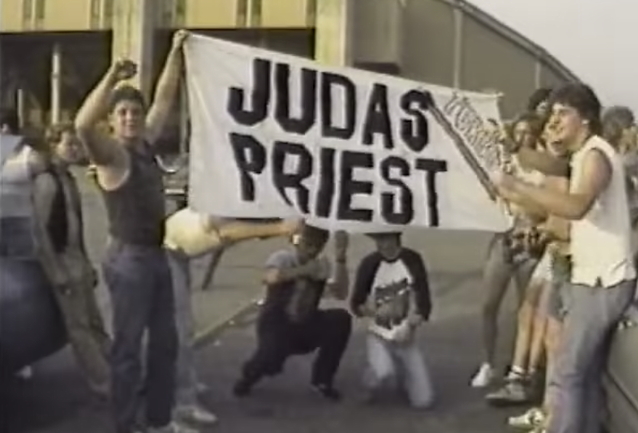 On October 20, 1986, "Heavy Metal Parking Lot", a 16-minute documentary filmed earlier that year that has become a grassroots cult classic, premiered at a performance space in Washington, D.C. And to commemorate its 35th year, the producers of the film — John Heyn and Jeff Krulik — have launched hmpl35.com, a merch store featuring 25 favorite and obscure quotes from the documentary, with designs available on mugs, shirts, stickers, water bottles, tote bags and more.

The concept for "Heavy Metal Parking Lot" was very simple: Krulik and Heyn took a video camera to the parking lot of the Capital Centre in Washington, D.C., and interviewed JUDAS PRIEST fans partying before a show. The result captured heavy metal culture at its peak: what it's like to be young and living in the mostly wasted moment, a beery slice of Americana, and a cinema verite version of reality TV. There is an abundance of mullets, leather, denim, spandex, perms, '70s Camaros and metal 'tude in spades.

"People have a real strong connection with the film," Krulik told The Courier-Journal back in 2004. "They can see themselves in these folks. With 'Heavy Metal Parking Lot' I felt that you were either at that show or sat next to someone in homeroom who went."

In 2008, music journalist Greg Prato asked JUDAS PRIEST members Rob Halford, Glenn Tipton and K.K. Downing if they had ever seen "Heavy Metal Parking Lot" and if so, what they thought of it. "Yes, I have seen it," Halford said. "It's just a little microcosm of what happens at a metal event even though it's over 20 years old, it still happens today. You can still go to a metal event and everybody's doing what they do in the parking lot in 2008. Simply amazing.

"I think it's great," Tipton added. "Yes, I have seen it. It's classic footage. I don't think it's totally representative of our fans, I have to say. But at the same time, there are a couple of guys on there that should have made it as comedians. Very funny.

"I have seen it," Downing stated. "I didn't see it for years and years, and I saw it, and I think it's great. It's a treasure, it's definitely a treasure."

Asked if he had a favorite scene, Halford said: "Yeah where this girl says she wants to jump my bones. She had no clue," he laughed, referencing the fact that he hadn't yet come out as gay at the time of the filming.

In addition to the original short film, the DVD version of "Heavy Metal Parking Lot" features two hours of exclusive content, including commentary by Krulik and Heyn, video sequels from the 2004 Trio TV series "Parking Lot", various outtakes and new interviews with rockers featured in the film. 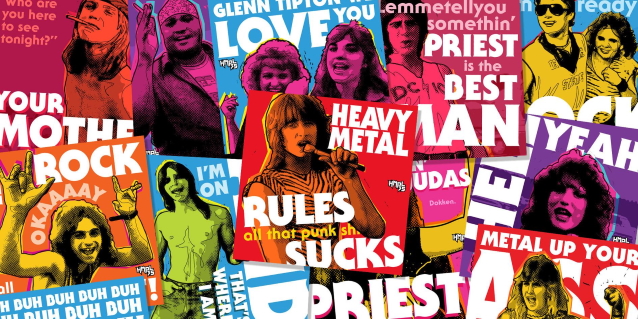 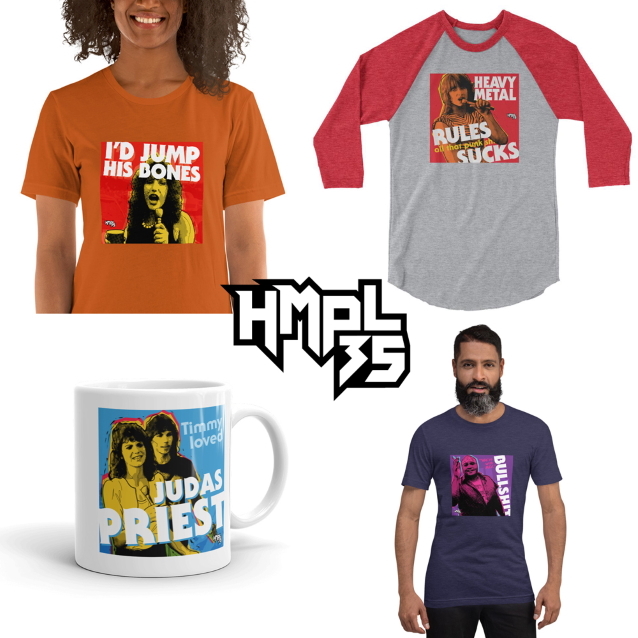 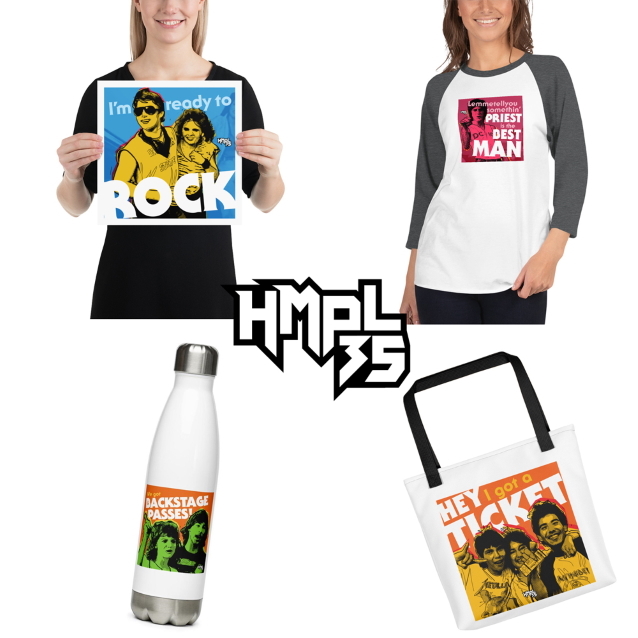 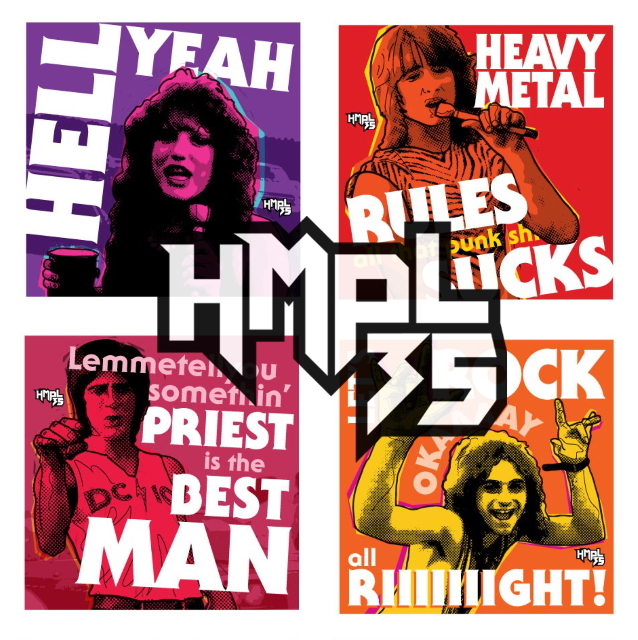