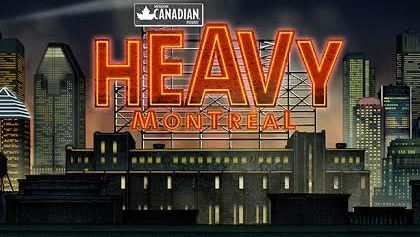 EXTREME, NEUROSIS, ABBATH, DEVIN TOWNSEND PROJECT, SANCTUARY, VEIL OF MAYA, THE ACACIA STRAIN, CATTLE DECAPITATION and more have been added to the billing of this year's edition of the Heavy Montréal festival. Daily lineups for the three-day event, which will be held on August 7-9 at Parc Jean-Drapeau, have also been revealed. Check out the poster below.

Heavy Montréal 2015 will be headlined by KORN, FAITH NO MORE and SLIPKNOT, and will feature additional performances by LAMB OF GOD, MASTODON, MESHUGGAH, TESTAMENT, ARCH ENEMY and more.

To celebrate Heavy Montréal's seventh year, the festival is offering single-day passes at only $77 for a duration of 77 hours. Starting now (Monday, May 4 at noon) until Thursday, May 7 at 5:00 p.m., fans can get a single day pass at $77 instead of $85.

For more information and to buy tickets, visit HeavyMontreal.com.

In 2014, Heavy Montréal brought together 75,000 fans of heavy music to Parc Jean-Drapeau. Saturday was sold out with an impressibe lineup, including METALLICA, among many others. The festival has become a major event in Montreal and the seventh edition is bound to be spectacular.

One of the individuals responsible for the festival is Daniel Glick, director of concerts and events at Evenko, Montreal's leading concert promoter.

"We want to be a bit like the way Europe is in having their festivals large and attracting lots of international fans," he told writer David Gehlke. "We want to create this big destination festival, and to grow. Now we're three days outdoors, which is really exciting.

"It's tough on the back and the legs after a while. [Laughs] But I think the fans will really appreciate it, and it will create a bigger festival.

"When there's two days, it's one thing, but when there's three, it's like, 'How can I miss that?'

"We're thinking of ways to make our festival more exciting for an international fan.

As for what's to come in 2015 for the festival, like in previous years, four stages will be available, with first-time sponsors BLABBERMOUTH.NET taking one of the side stages.

"The way we program it — there's the two main stages on the main site," said Glick. "They're side-by-side, and they're equal sizes, so the bands appreciate that. And then there's a pathway to the next stage that holds an area for 6 or 7 thousand people. Also, there's a smaller stage for more developing acts.

"Last year was our first year with the four stages and everything ran smoothly. Some bands are playing against each other for sure, but we make sure a metal band is playing against a punk band so on and so forth. It's important for us to run it the way. Our fans would get upset if there were too many conflicts."

Glick is looking forward to growing the Heavy Montreal brand on both a domestic and international level.

“I look forward to seeing it become a real destination festival," he said. "That's what I'm really excited for. Having METALLICA there last year and having our biggest year yet, I feel this year is the year we can turn a page and create it into something different, or something more, rather. It's going to get the little extra ‘oomph' maybe we didn't have two years ago. I'm excited for that." 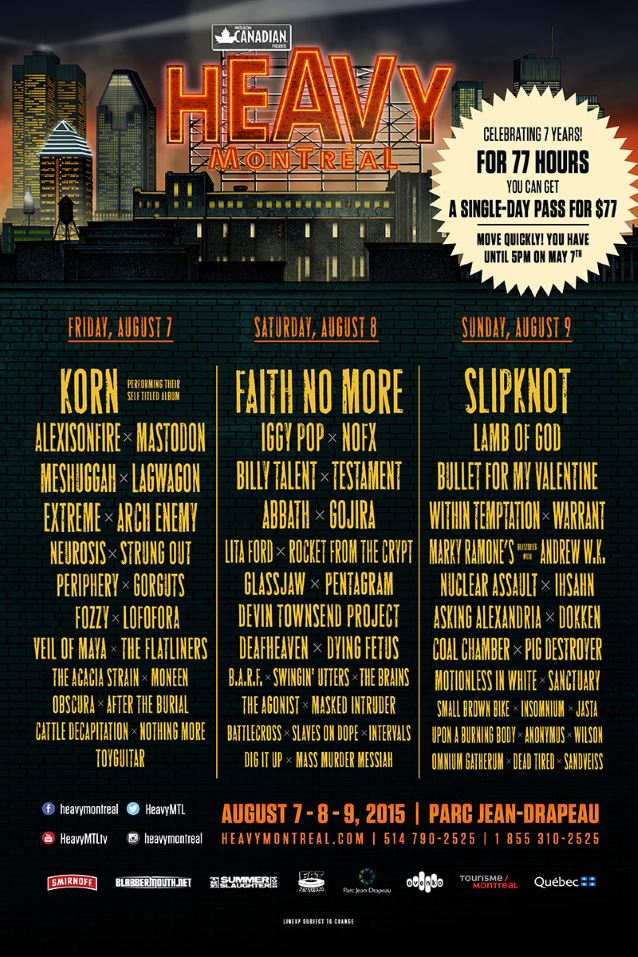