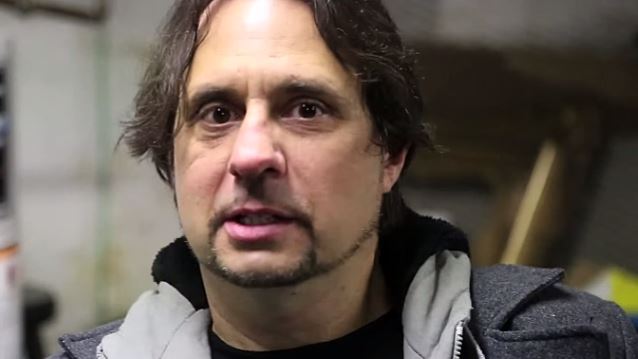 Former SLAYER and current PHILM drummer Dave Lombardo is featured in the current episode of "The Trap Set" with Joe Wong. Lombardo gives a rare, richly biographical interview, wherein he charts his journey from Catholic schoolboy to drummer of beloved, Satanic thrash-metal progenitors SLAYER. He also discusses his artistic evolution via collaborations with artists such as PHILM, John Zorn and FANTÔMAS.

Speaking about why SLAYER decided to sign with legendary producer Rick Rubin, who worked on some of SLAYER's earlier albums, including the iconic 1986 LP "Reign In Blood", Lombardo said: "He offered to buy us out of the [previous] company and give us a nice deal, and that was… it was a no-brainer. And here was this guy… He was young, he was talented, he had his shit together and was producing and creating different sounds and bands.

Asked if he was surprised to see the trajectory Rubin's career has taken since the producer first worked with SLAYER, Lombardo said: "No. Absolutely not. It doesn't surprise me one bit, actually. I admire a producer, or a recording artist, that tries different styles and works within different bodies of music. I think it's great. I think that's a true artist."

Lombardo also talked about how Rubin was influential in fine-tuning SLAYER's sound and style. The drummer said: "I feel [Rick] helped us hone in our songwriting. I felt that he felt that maybe some of the songs had a little too much… just too many riffs. 'Less is more' is what I remember from his productions. And he would always help me in setting up the next section of the song. Let's say we're in a verse, here comes the chorus. [He would say], 'Hey, Dave, why don't you try some kind of a drum roll to lead into this?' Sometimes not even a drum roll. Sometimes it would be, 'Just hit your bass drum twice as many times in these two bars to create some kind of tension to bring the next section in.' And that taught me a lot. That taught me a lot about dynamics and building and bringing it down again and letting the vocals breathe a little bit without any drum rolls. So he was definitely, at least, a big part of my influence."

You can listen to the entire 30-minute episode of "The Trap Set" at TheTrapSet.net.