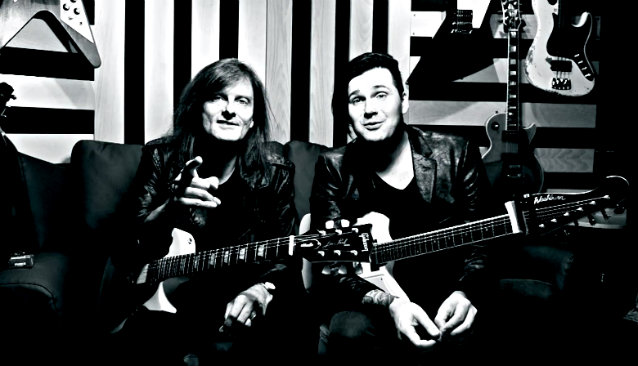 German power metallers HELLOWEEN recently entered MiSueno Studio on the isle of Tenerife with producer Charlie Bauerfeind (GOTTHARD, HAMMERFALL) to begin recording a new album for a May 2015 release via Nuclear Blast.

New footage from the guitar-recording sessions can be seen below.

HELLOWEEN's forthcoming CD will be the band's first since their return to Nuclear Blast, the label that previously released released two HELLOWEEN albums, "The Dark Ride" (2000) and "Rabbit Don't Come Easy" (2003),both of which were reissued last year with extended bonus material.