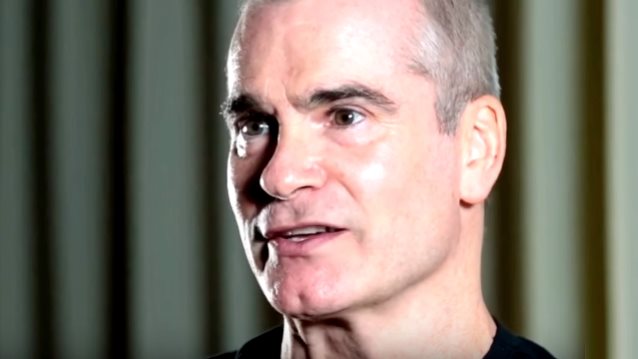 Earlier in the year, Moshcam conducted an interview with Henry Rollins, former lead singer with BLACK FLAG and current spoken-word performer, actor and "punk" journalist, while he was in Sydney, Australia. You can now watch the chat below.

He continued: "How would it be regarded now? Probably no one would be there throwing ashtrays at our heads. They'd be going, 'Wow! Your anger's so great. Can I get a photo with you?' I think it would be that. It's a softer… I'm aware of things… Maybe I'm just old and curmudgeonly, but all of those music scenes I see these days, they're very soft, in my opinion."

Rollins was the frontman for BLACK FLAG from 1981 to 1986. In that time he developed a worldwide reputation thanks to his wild, ferocious stage presence and his penchant for violence.

BLACK FLAG disbanded in 1986 because of the strained relationship between Rollins and the group's founder Greg Ginn.

In 1995, Henry won a Grammy in the "Best Spoken Word Or Non-Musical Album" category for the audiobook version of his non-fiction work "Get In The Van: On The Road With Black Flag".