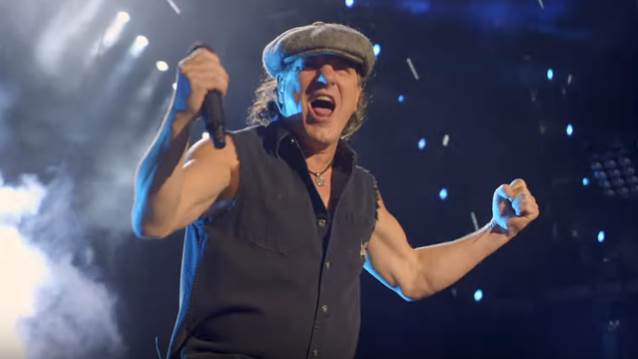 A new photo of AC/DC members Brian Johnson and Phil Rudd sitting on the deck of Vancouver's Warehouse Studio with the band's longtime mixer, engineer, and producer Mike Fraser has been posted on the Ear Of Newt web site and can be seen below.

According to Canadian journalist Steve Newton, Vancouver resident — and hardcore AC/DC fan — Crystal Lambert has an apartment located near Warehouse, and she and longtime friend Glenn Slavens have been keeping an eye on the studio's outside deck, where various bandmembers seemingly retreat to get some air and get a drink. Angus and Stevie Young were also spotted at the studio earlier in the month.