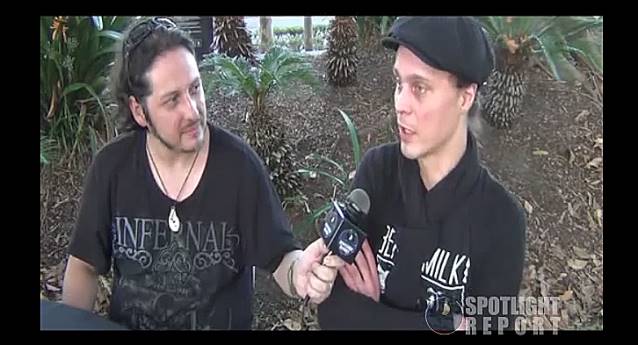 Spotlight Report conducted an interview with Ville Valo, lead singer of Finnish "love" metallers HIM, during this year's Soundwave festiva in Australia. You can now watch the chat below.