During a recently appearance on "That Jamieson Show", legendary heavy metal drummer Vinny Appice spoke about how his first name ended up getting misspelled as "Vinnie" in the credits on the back of his first album with BLACK SABBATH, 1981's "Mob Rules".

"I've got some gold records and things on the wall that are spelled that way too — V-I-N-N-I-E," he said (as transcribed by BLABBERMOUTH.NET). "But if you look at that album, I'm first listed. I don't know why. They put me first. Then, on the next album, the band was starting to break up. And this has nothing to do with me; this was between Ronnie [James Dio, vocals], Geezer [Butler, bass] and Tony [Iommi, guitar] why the band was breaking up. And on the next album, which was 'Live Evil', there's only one picture of me versus four or five of everybody else. And then it says 'special guest' in really small letters: Vinny — I think it's spelled correctly — Appice. That's called music politics."

Under the moniker APPICE, Vinny and his brother Carmine released "Sinister", their first joint studio album, in 2017 through SPV/Steamhammer. 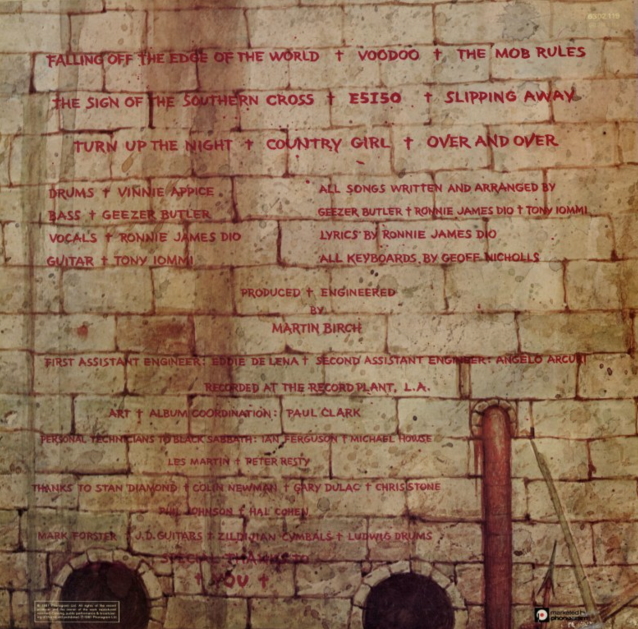