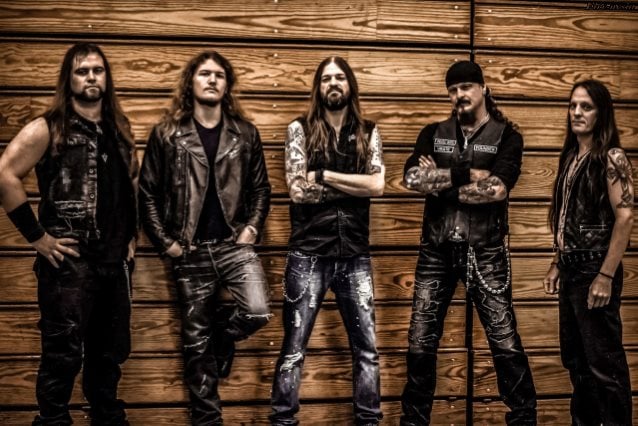 The official lyric video for "Great Heathen Army", a brand new song from ICED EARTH, can be seen below. The track is taken from the band's new album, "Incorruptible", which will be released on June 16 via Century Media. The cover artwork for the disc (as well as additional illustrations to every song) was created by David Newman-Stump from Skeleton Crew Tattoo (pencil illustrations) and Roy Young (colors).