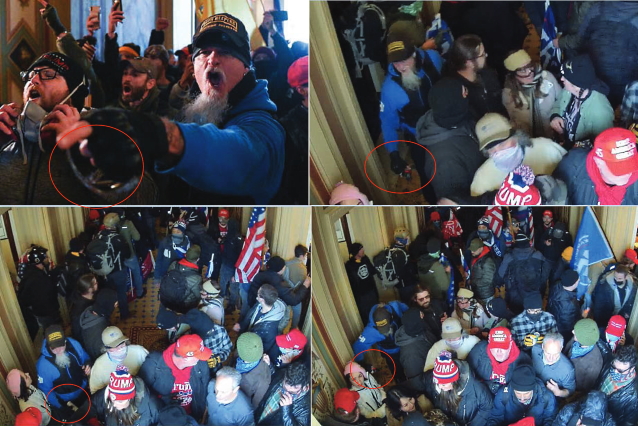 **UPDATE**: According to the FBI, ICED EARTH's Jon Schaffer was among the rioters who sprayed United States Capitol police officers with "bear spray," a form of capsaicin pepper spray sold by many outdoors retailers, as part of their efforts to push the officers back inside the Capitol and breach the Capitol building themselves.

Schaffer was photographed and captured on surveillance video (see below) carrying "bear spray" and engaging in verbal altercations with Capitol police officers inside the Capitol building. Schaffer is seen holding what the FBI describes as "clear sunglasses" in one photograph, and "bear spray in other photographs."

The article follows below.

ICED EARTH guitarist Jon Schaffer has been taken into custody in connection with the insurrection at the U.S. Capitol.

The musician, who resides in Columbus, Indiana, turned himself in to authorities around 3 p.m. Sunday (January 17),Chris Bavender, public affairs specialist for the FBI Indianapolis Field Office, said.

The FBI Indianapolis Field Office released the following statement regarding Schaffer's arrest: "Jon Schaffer, Columbus, IN, has been arrested in connection to Jan 6 incident at the U.S. Capitol. Schaffer faces 6 charges including engaging in an act of physical violence in a Capitol building. Schaffer was allegedly among rioters who sprayed Capitol police with 'bear spray.'"

These are the six charges Schaffer is facing, according to the FBI Indianapolis Field Office:

4) Violent Entry and Disorderly Conduct in a Capitol Building

6) Parade, Demonstrate, or Picket in a Capitol Building

On January 8, the FBI's Washington Field Office released 40 photos of people who were suspected of unlawful entry during a violent insurrection at the U.S. Capitol carried out on January 6 during the final Congressional vote recording for the 2020 general election. Among them was a picture of Schaffer taken by Roberto Schmidt of AFP. In the photo, Schaffer could be seen at the front of a mob, sporting a hat from Oath Keepers, an anti-government militia group, wearing black leather fingerless tactical gloves and pointing his finger while yelling at someone out of the frame.

Washington, D.C., police officer Christina Laury said cops were being sprayed with bear mace — a significantly stronger version of pepper spray — as they held the line outside.

"Unfortunately, it shuts you down for a while. It's way worse than pepper spray," she recalled in an interview with CNN.

"It seals your eyes shut. … You've got to spray and douse yourself with water. And in those moments, it's scary because you can't see anything and have people that are fighting to get through."

Schaffer is believed to be one of at least 200 people who are being investigated by FBI officials over their roles in the insurrection. Additionally, the FBI has received roughly 140,000 digital media tips from the public.

Last week, German daily newspaper Die Welt uploaded a video interview it conducted with Schaffer last November at a Washington, D.C. demonstration supporting Trump and protesting the 2020 presidential election results. In the chat, the 52-year-old musician said that "a group of thugs and criminals hijacked this country a long time ago" and warned that "they're messing with the wrong people here. Because now we see you, and you're going down. Mark my words." 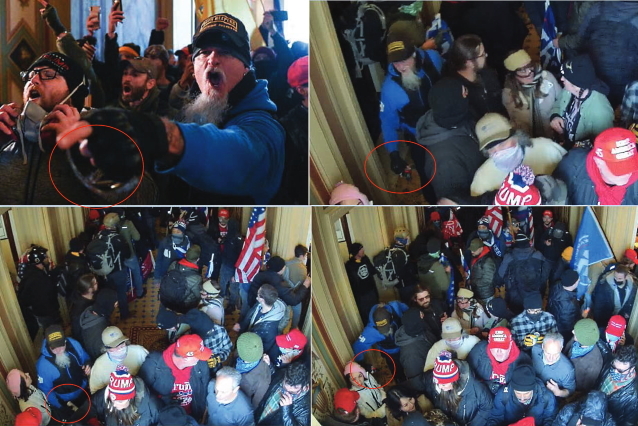 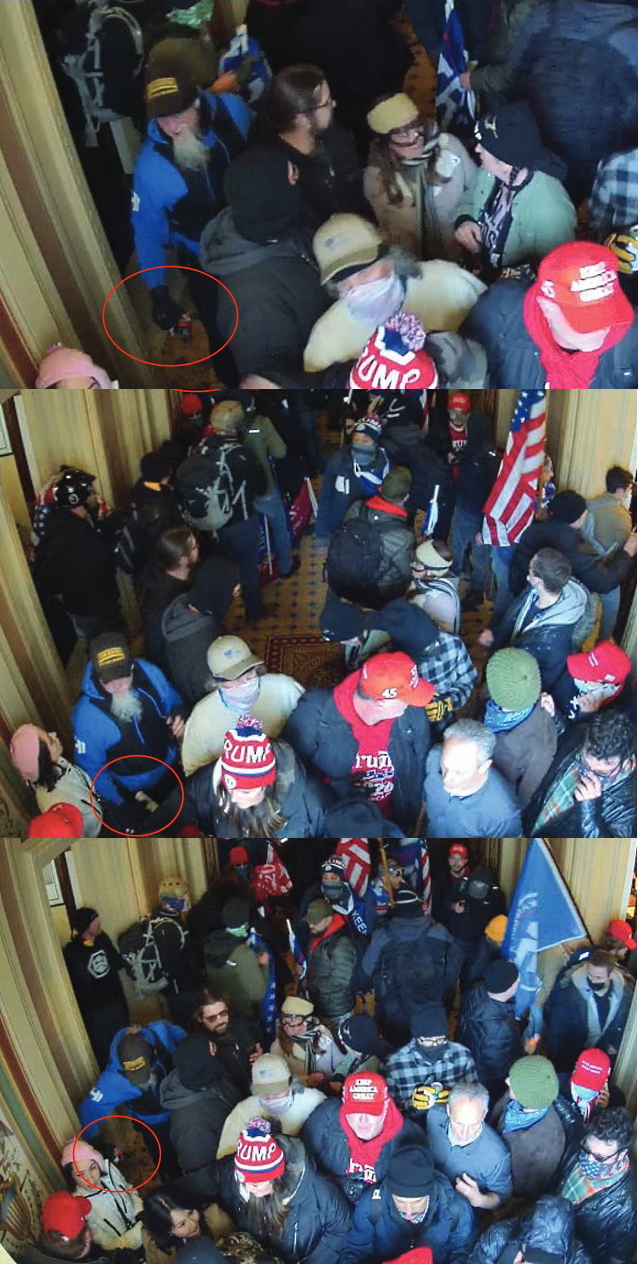 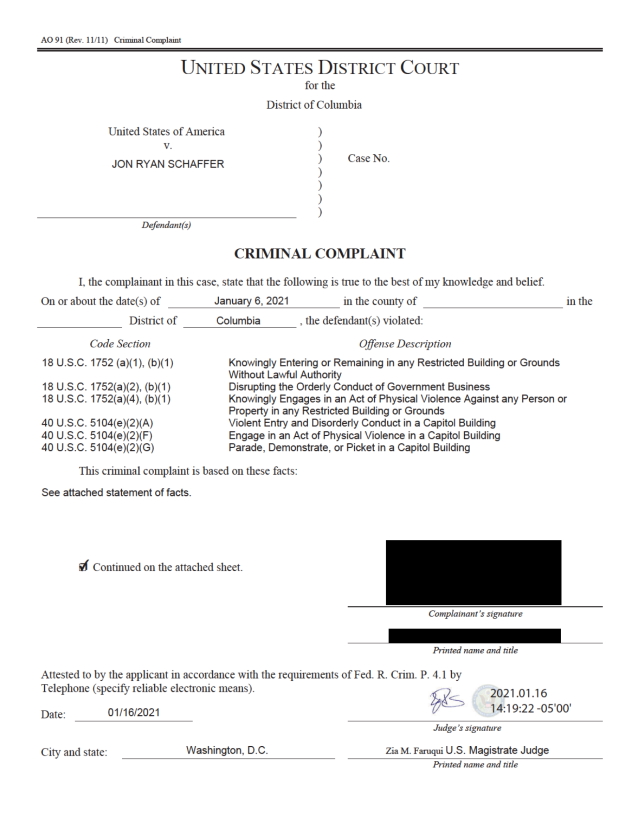 Jon Schaffer, Columbus, IN, has been arrested in connection to Jan 6 incident at the U.S. Capitol. Schaffer faces 6 charges including engaging in an act of physical violence in a Capitol building. Schaffer was allegedly among rioters who sprayed Capitol police with "bear spray."