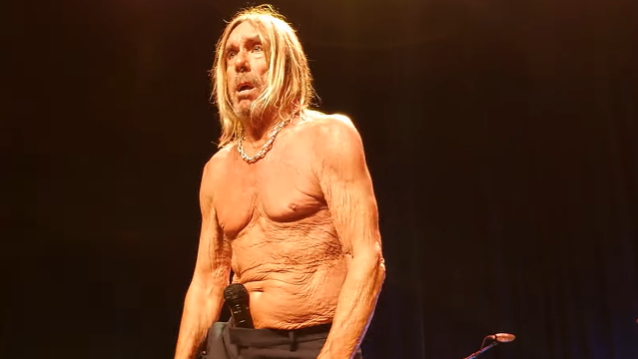 Legendary rocker Iggy Pop has been forced to postpone two shows on his current European tour "due to a problem with his voice."

After initially rescheduling the July 5 concert in Mantova, Italy, the 75-year-old musician has now also postponed his July 7 gig in Vienna, Austria.

The new date for Mantova is August 30 at the Esedra of Palazzo Te, while the Vienna gig will take place on September 2 at the Vienna Konserthus.

On Monday, Iggy released the following statement regarding the Mantova concert: "If you were there, you know I croaked my way through my last show on July 2] in [Athens] Greece and my voice is still recovering.

"I must postpone my next show in Mantova, Italy July 05.

"I have not taken this decision lightly. I love my fans. But I must protect my voice. I'm so sorry but, I'll come back and make it up to you."

James Newell Osterberg Jr., known professionally as Iggy Pop, is an American musician, singer, and songwriter. Designated the "Godfather of Punk," he was the vocalist and lyricist of proto-punk band THE STOOGES, who were formed in 1967.

He had a long collaborative and personal friendship with David Bowie over the course of his career, beginning with THE STOOGES' album "Raw Power" in 1973. Pop began his solo career by collaborating with Bowie on the 1977 albums "The Idiot" and "Lust For Life", Pop usually contributing the lyrics. Throughout his career, he is well known for his outrageous and unpredictable stage antics, poetic lyrics, and distinctive voice.

Since his raucous proto-punk, peanut butter smearing days with THE STOOGES, few "street walking cheetahs" have mastered the maniacal with as much grit, gusto and flair as Iggy Pop.