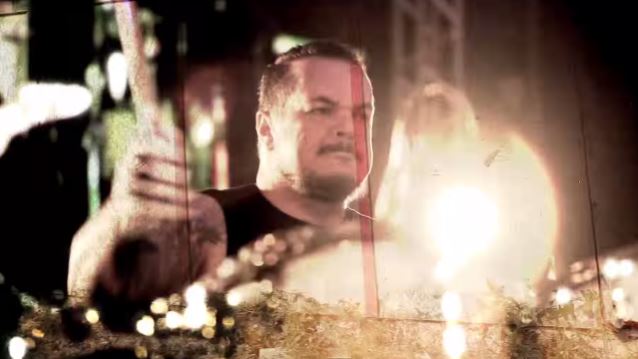 Ex-SEPULTURA drummer Igor Cavalera "really hopes" that the group's classic lineup can one day reunite, but says that there are no "solid" plans for him and his brother Max to rejoin their former bandmates.

Asked by Metal Wani's William Richards and Owais "Vitek" Nabi if there is any chance of a reformation of SEPULTURA's late '80s/early '90s lineup — featuring Igor and Max alongside guitarist Andreas Kisser and bassist Paulo Xisto Pinto Jr. — Igor said (hear audio below): "I hope so, but there's nothing solid. The only solid thing right now, it's what I do with Max, and it's CAVALERA CONSPIRACY. Like, the whole SEPULTURA thing, it's something that we don't know if it's gonna happen or not. To be honest, I really hope one day we can do this in a very cool way."

SEPULTURA guitarist Andreas Kisser said in a September 2014 interview that all the talk of a reunion of the band's classic lineup was "a pain in the ass," and added that the band was angered by "all the pressure of this reunion bullshit, especially coming from that side, especially Max and [former SEPULTURA manager] Gloria [Cavalera] always touching that subject."

He continued: "You know, since [Max] left the band, we are used to deal with that, but there's a time that it's enough. I mean, in the end, it was his choice to leave the band; we never fired anybody, we just fired our manager — we fired Gloria — but we never fired Max or Igor or [ex-SEPULTURA drummer] Jean [Dolabella]. Everybody left the band because they didn't feel it was the right place to be. And that's fine. You cannot [force] anybody to be there just to be there as a puppet."