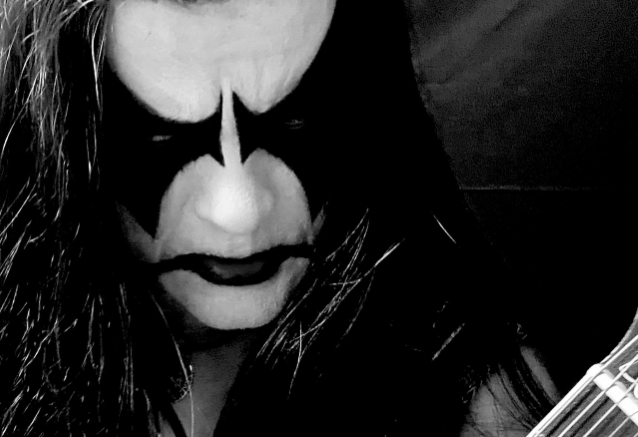 Norwegian black metal band IMMORTAL will release a new album, "War Against All", in 2023 will be released via Nuclear Blast Records. The group's tenth studio LP will feature eight new songs in classic IMMORTAL style.

The band's founder Harald "Demonaz" Nævdal states: "IMMORTAL continues the style that was established and defined on our very first records. It's fast, furious, epic, and mighty Blashyrkh metal — the one and only way!"

He also offers some more background on the process of making "War Against All": "Even though the studio work is necessary to get an ultimate recording, the writing process is obviously my favorite. I still write all the guitar riffs/music at home with the same old vibe, and the lyrics as well. The early days of black metal inspire me the most. Cold nights in the woods, on the mountains under the winter moon. That's what keeps the spirit alive, and the foundation to all our music."

"War Against All" was composed and performed by Demonaz, and it features some session members, like on IMMORTAL's earlier recordings. The album was produced by Arve Isdal, and recorded at Conclave & Earshot Studio in Bergen, Norway by Herbrand Larsen and Arve Isdal.

"It's actually the same studio where I recorded the guitars and vocals for 'Northern Chaos Gods'," Demonaz says. "They also did a great job with the new album, and it was a pleasure to go back and work there again. I am especially pleased with the outcome on this one. It's got that cold biting guitar sound, yet powerful production.

"IMMORTAL have never compromised on the original vision, which is taking fans on a journey through Blashyrkh with our most grim and dark music, with every new release. These songs are no exception to this. I am proud of the final result, it's got a distinct expression, and I can't wait to let the fans hear it."

The album's cover artwork was done by the Swedish artist Mattias Frisk.

"War Against All" was mastered by Iver Sandøy at Solslottet.

In August 2020, it was revealed that Demonaz was involved in a legal dispute over the rights to the band's name with IMMORTAL member Reidar "Horgh" Horghagen.

One of Norway's first and most successful black metal acts, IMMORTAL was formed by Demonaz and Olve "Abbath" Eikemo in 1990. Horgh joined the group in 1996. Eight years ago, Abbath and the rest of the group went through a bitter breakup.

According to documents uncovered by Norway's VG, a conflict arose between the two remaining IMMORTAL members three years ago, with Demonaz registering IMMORTAL with the Norwegian Patent Office as his exclusive trademark in July 2019. The registration was approved, and he was therefore given the exclusive right to use the band name commercially. However, Horgh chose to appeal the registration, and the matter was ruled in his favor, meaning that Demonaz no longer had the exclusive right to the IMMORTAL name.

Horgh told VG that he had no advance knowledge of the registration made by Demonaz.

"It could never have occurred to me to register the trademark by myself, as Nævdal has done here, but I have found myself having to fight to keep the rights I have earned through a long career in this band," he said. "It is, and after all has been for many years, a large part of my livelihood."

Demonaz told VG that he disagreed with the decision, pointing out that he was "the band's only remaining original member. I am also the only one who has been on all of the band's releases," he said.

The Norwegian Patent Office ruled that the rights to the IMMORTAL name belong to the band as a whole, and not to the individual members.

"We have jointly as a band built up the trademark IMMORTAL, and it is therefore right that the trademark should be a joint ownership," Horgh said.

The drummer went on to say that he was hopeful IMMORTAL could perform live again.

"It has been my goal all the way, and I know that this is something IMMORTAL fans want and have been waiting for a long time," he said. "I hope in the long run that we can manage to put these disagreements behind us, and again look ahead as a band."

In the summer of 2020, Abbath told Norway's Dagbladet newspaper said that he wasn't opposed to an IMMORTAL reunion.

"I got a text from Horgh saying it was great that I got sober," he said. "Harald and I haven't spoken at all. But there's no evil blood or bitterness on my part anymore. I realize that I was a part of the problem. Things are great for me now. But am I open to an IMMORTAL reunion? Yes, of course. But it has to be something special. I just wish we could sit down and have a talk about things when it all went to hell, instead of involving lawyers."

Abbath used to be married to Demonaz's sister, and they share a son, Torbjørn.

Abbath is now the frontman of his namesake band, which released its third album, "Dread Reaver", in March 2022 via Season Of Mist. 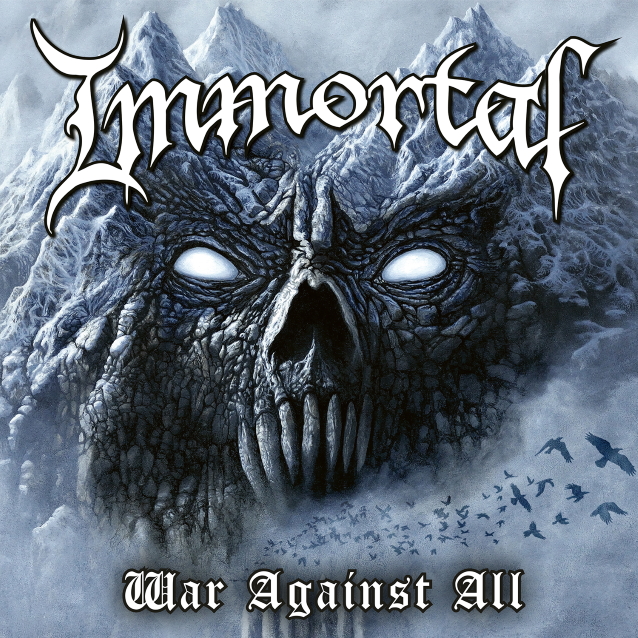