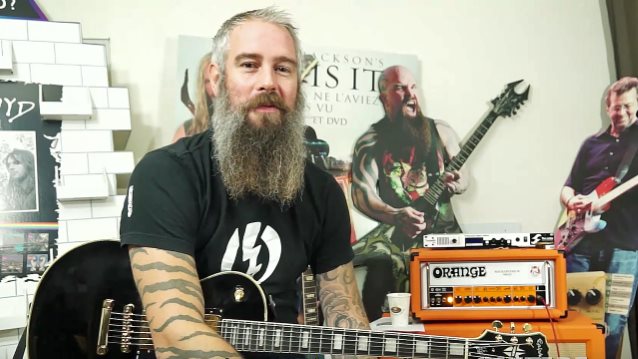 France's Guitare Xtreme magazine has uploaded a four-minute video clip of guitarist Björn Gelotte of Swedish metallers IN FLAMES showing you how to play three kller riffs from the band's new album, "Battles".

"Battles" will be released on November 11 via Nuclear Blast in all territories excluding North America and Scandinavia and Eleven Seven Music Group in the U.S. The CD was recorded in Los Angeles with Grammy-nominated producer Howard Benson, who has previously worked with MOTÖRHEAD, BODY COUNT and SEPULTURA, among others.

Gelotte talked about how the recording process for "Battles" compared to that of its predecessor, 2014's "Siren Charms".

IN FLAMES drummer Daniel Svensson announced last fall that he was leaving the band to focus on his family life. He has since been replaced by Joe Rickard, who played on "Battles".