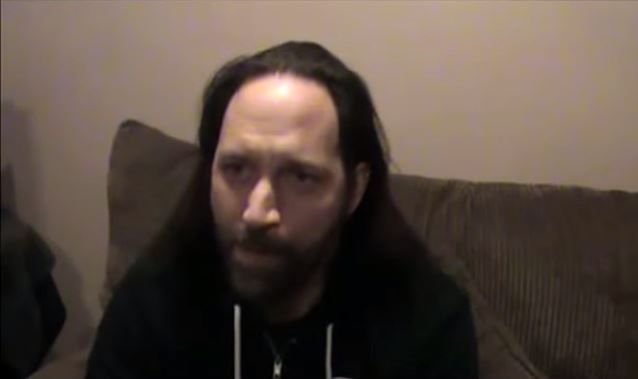 Metalholic conducted an interview with guitarist Niclas Engelin of Swedish metallers IN FLAMES on March 5 at Knitting Factory in Boise, Idaho. You can now watch the chat below.

IN FLAMES' latest album, "Siren Charms", sold around 9,000 copies in the United States in its first week of release to debut at position No. 26 on The Billboard 200 chart.

"Siren Charms" was released in the U.S. on September 9, 2014 via Sony/RED. The CD was recorded at Hansa Tonstudios (DAVID BOWIE, DEPECHE MODE, U2) in Berlin, Germany. The cover artwork was created by Blake Armstrong of Space Boy Comics.

IN FLAMES filmed a new concert DVD/Blu-ray on November 6, 2014 at Hovet in Stockholm and November 7, 2014 at Scandinavium in Gothenburg, Sweden. A late 2015 release is expected.