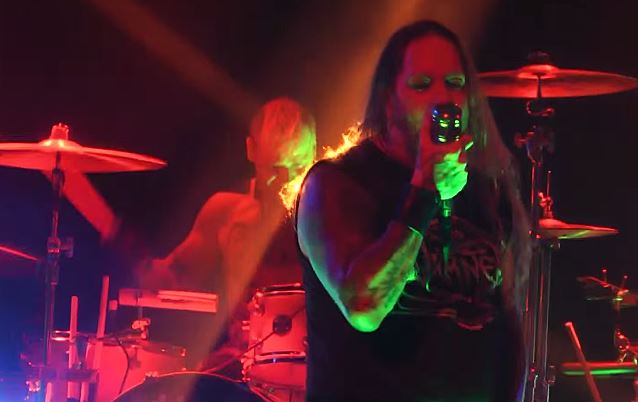 Speaking about how the COAL CHAMBER reunion came about, drummer Mike Cox told Horns Up Rocks!: "It was just a lot of time and communication over the years to get us back together, 'cause we never used to communicate back in the day like we do now. So all the time had to pass. We could have forced the comeback throughout the years many times, just to get back into it. So we just took a lot of time and patience and became friends and it all just kind of snowballed after that into the writing. And we wrote frantically towards the end, and it just happened every day. It worked out perfectly."

Added Fafara: "A lot of people don't know that we actually were talking in 2009, and [Mike and guitarist Miguel 'Meegs' Rascón] were throwing tracks back and forth to me about us doing something. So it just took years of us talking, working stuff out, hashing out tunes and hashing out relationships. And now the bond is stronger than ever, friendship-wise and musically. We've been incredibly tight on stage, and as friends, we've got everything worked out. We know who each other is, and nobody pushes buttons, and it's a good thing."

He continued: "I mean, it's been a wonderful thing. We never used to text back and forth and just laugh our asses off. And now, that's what we do. I find myself, when we're off tour, we're all texting and just, literally, it's 'LOL.' There's nothing to say than 'OMG.' So it's really cool. It's a great vibe. And that's what music has to be anyway."

Dez was also full of praise for COAL CHAMBER's comeback album, "Rivals, which will be released on May 19 North America via Napalm. He said: "When I first started getting the demos, I was so fucking impressed that I didn't wanna start writing until I got the whole bulk of the material. And they all came to the table individually. And you can hear the sonic differences between each one of them. You know it's Mike on drums by his cadence and by what he does; you know it's Nadja [Peulen, bass] by her playing and by her skill and her sound; and you definitely know it's Meegs, because there's just nobody that works soundscapes like that with a guitar, other than probably [Tom] Morello from RAGE [AGAINST THE MACHINE]. I mean, really. So I would put him with that kind of a caliber of a guy." 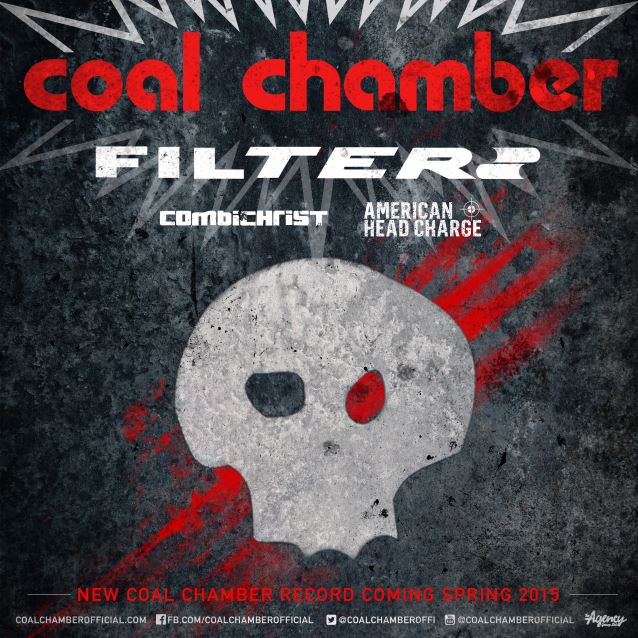