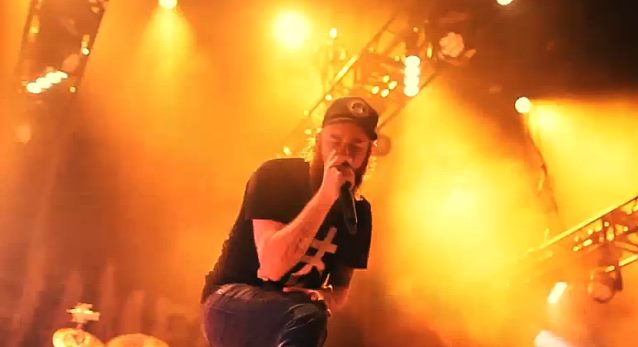 IN FLAMES: 'Sounds Of A Playground Fading' Video Released

"Sounds Of A Playground Fading", the video for the title track of the tenth studio album from Swedish metallers IN FLAMES, can be seen below. The clip, which is made up of concert footage, was produced by Patric Ullaeus of Revolver Film Company, who has previously worked with DIMMU BORGIR, LACUNA COIL, SONIC SYNDICATE and KAMELOT, among others.

IN FLAMES will play a very special show at the Gröna Lund amusement park in Stockholm, Sweden on September 27. Gröna Lund had in fact closed their park for the season, but when they got word that IN FLAMES was available, they decided to re-open the park, just for this concert.

IN FLAMES guitarist Niclas Engelin recently sat out a few of the band's shows. His temporary replacement for those gigs was Patrik Jensen from THE HAUNTED.