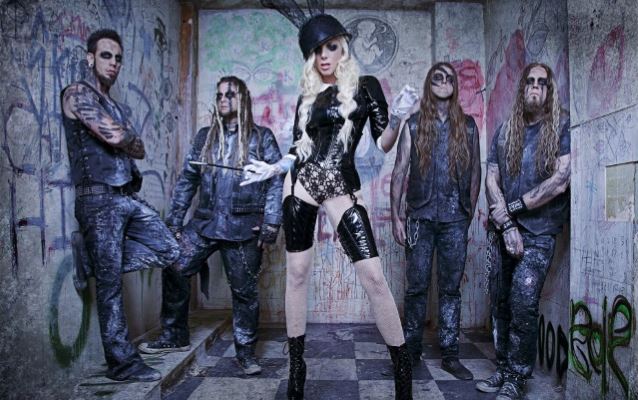 IN THIS MOMENT's fifth album, "Black Widow", will be released on November 17. The CD was once again helmed by Kevin Churko (OZZY OSBOURNE, FIVE FINGER DEATH PUNCH, HELLYEAH, PAPA ROACH) at his The Hideout Recording Studio in Las Vegas, Nevada.

The cover artwork for "Black Widow" can be seen below.

"Black Widow" is available for pre-order on the iTunes Store and other digital retailers. The album is being offered to fans in an array of distinctive configurations, including a very special vinyl piece exclusively available at Atlantic's webstore. All pre-orders will receive four instant grat downloads prior to the album release, highlighted by the potent first single, "Sick Like Me", which arrived at multi-format rock radio outlets nationwide. A companion video is currently in production, with a premiere date to be announced soon.

"'Black Widow' is definitely the darker part of me," says singer Maria Brink. "This album is about finding the weakness inside and turning it into strength. It's about being reborn, setting yourself free and realizing the balance in everything — the dark and the light.

"We are very excited to be releasing this album through Atlantic Records," she adds, "who have put out some of the greatest and most revered albums of all time. I am so ready and excited for the launch of this album. I think people will embrace its diversity and hearing different sides of us that they haven't experienced yet."

"Here we go again," says guitarist Chris Howorth. "This was by far the most challenging, exciting and rewarding experience we've ever had making a record. We threw out the rulebook and tried to create something fearless, constantly pushing ourselves to make an album unlike anyone has heard before. Fans, get ready for this ride — everything is going to the next level."

Howorth told Billboard earlier in the year that the band wanted its new studio effort to be "bigger and better" than 2012's "Blood", while "still keeping true to that same vibe." He added: "We feel like we found something and want to stick the flag in the ground on top of that hill."

IN THIS MOMENT has had its share of ups and downs since forming in 2005, but Brink told The Pulse Of Radio that the band is in a good place now. "To be where we are in our career, the strongest it's ever been, and like everything that I've ever, ever even dreamed of creating is happening," she said. "You know, it's just such a good message for listeners and anybody, you know, who hears our story, just 'cause people need to really understand the power that they hold within themselves." 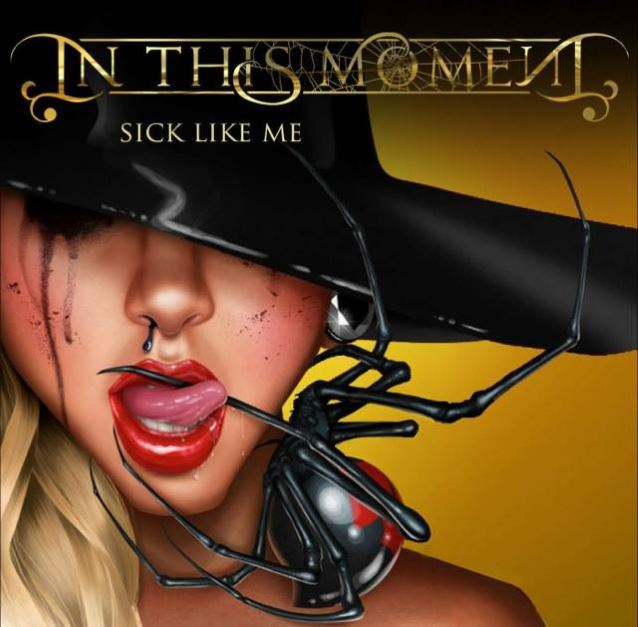 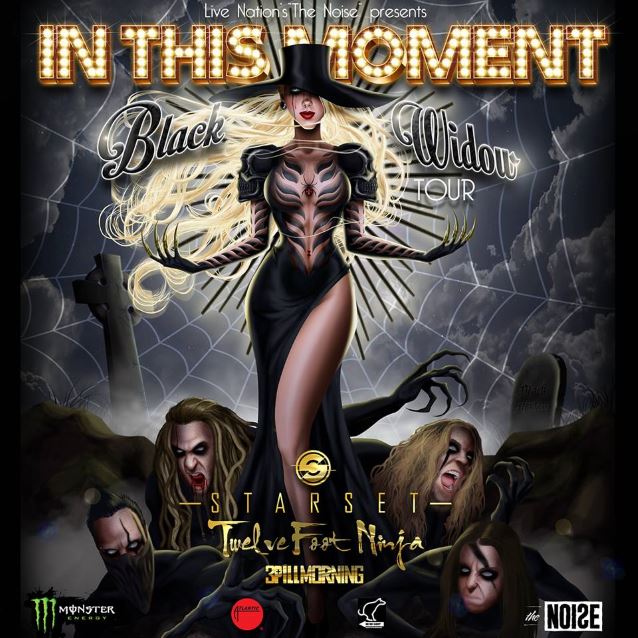