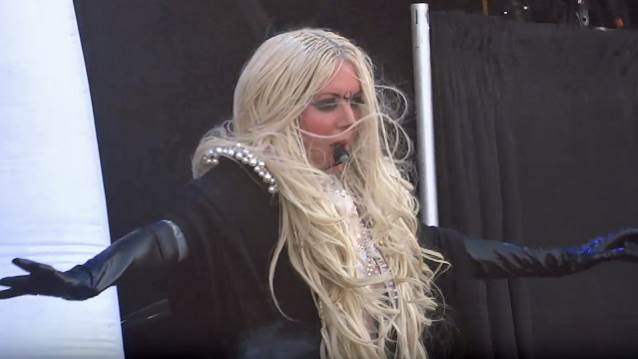 IN THIS MOMENT To Begin Recording Next Album In February

IN THIS MOMENT guitarist Chris Howorth has told Guitar Interactive magazine that the band will tentatively enter the studio in February 2019 to begin recording its next album.

Regarding how the songwriting process in IN THIS MOMENT works, Howorth said (see video below): "It kind of depends. It could any way. The last two records we've done, we kind of went in with nothing — maybe a couple of ideas, or three or four little ideas, but really not much. The whole idea is to create it in the studio, and it's fresh. And that's what we did last time. And it does literally start from a little thing Maria [Brink, vocals] has in her head, or a guitar idea that Maria is, like, 'Oh, I like that. I can sing over that.' With this next album we're getting ready to do, we're actually working on stuff now so that we have more when we go in — just so that there's a little less pressure. More than we know we like, so we're not, like, 'Eh, I don't like that. Let's start something else.' And then there was two weeks that just went down the drain."

IN THIS MOMENT's latest album, 2017's "Ritual", included an eerie cover of Phil Collins' "In The Air Tonight", and Brink told KLAQ's Lisa Sanchez that there is a good chance the follow-up effort will see the band tackling yet another classic song.