The verdict has been reached in the dispute over the rights to the GORGOROTH band name involving vocalist Gaahl, bassist King ov Hell and the group's estranged guitarist Infernus.

Infernus (real name: Roger Tiegs) filed a lawsuit against King ov Hell (real name: Tom Cato Visnes) in September 2008 claiming that King (the sixth bass player in GORGOROTH's history) went behind his back in September 2007 and secretly applied for trademark protection of the GORGOROTH bandname and logo, which Infernus had been using since 1992.

A posting on Infernus' MySpace page reads as follows: "Oslo City District Court has today [Tuesday, March 10] delivered a verdict on the main question in the GORGOROTH trademark case, which took place at the end of January 2009. The court has decided that King ov Hell's trademark registration #243365 of the band name GORGOROTH is NOT valid and shall therefore be deleted. The court states that King ov Hell and Gaahl excluded themselves from the band GORGOROTH when they tried to fire Infernus in October 2007. The court further states that Infernus cannot be excluded from GORGOROTH, unless he himself decides to quit. Infernus is very pleased, but not surprised, by this verdict. The remaining issues concerning financial matters and such are yet to be decided upon."

The witnesses that testified in court — besides Infernus, Gaahl and King Ov Hell themselves — during the January 28-30 trial in Oslo, Norway were as follows:

In a recent interview with Hungary's Fémforgács webzine (conducted in January),Infernus stated about the legal battle between him and his former bandmates, "I do not consider it as a war. It was basically King ov Hell who went behind my back and, in September 2007, secretly applied for a trademark ownership of the band name and logo at the Norwegian Industrial Property Office. Thereafter they have been commercially exploiting the name for whatever it was worth. Now I am suing him, and the vocalist as well. Whatever reasons they might have had to do what they did is to me of complete irrelevance. If they were not happy working together with me, they could have gone and started their own band, easy as that. . . I don't care what they have to say. They for sure have had their time in the media lately. And they will be having a chance to repeat that in court." 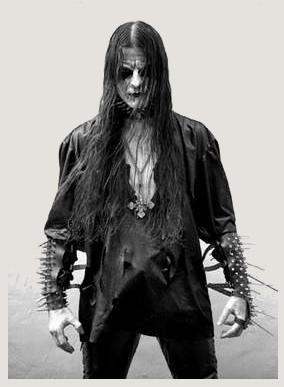