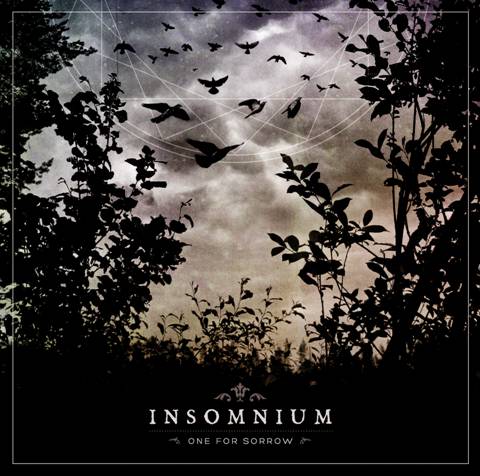 "Regain The Fire", the new video from Finnish melodic death metallers INSOMNIUM, can be seen below. The clip was produced by Obscure Entertainment from Tampere.

Commented the band: "Our new video, 'Regain The Fire', was shot already in last July so it still features our old guitarist, Ville Vänni. The video is done by Obscure Entertainment, who are responsible for all our videos since 2006. This time we also have a storyline amidst the moshing, so this is a bit different than previous works."

"Regain The Fire" comes off INSOMNIUM's latest album, "One For Sorrow", which entered the official chart in Finland at position No. 6. The group's previous CD, "Across The Dark", premiered at No. 5 on the same chart.

"One For Sorrow", which was released in October 2011 in North America via Century Media Records, was recorded in Gothenburg, Sweden with sound engineer Daniel Antonsson (also bassist in DARK TRANQUILLITY and guitarist in DIMENSION ZERO) and at Fantom studios in Tempere, Finland, where the album was also mixed by Samu Oittisen.