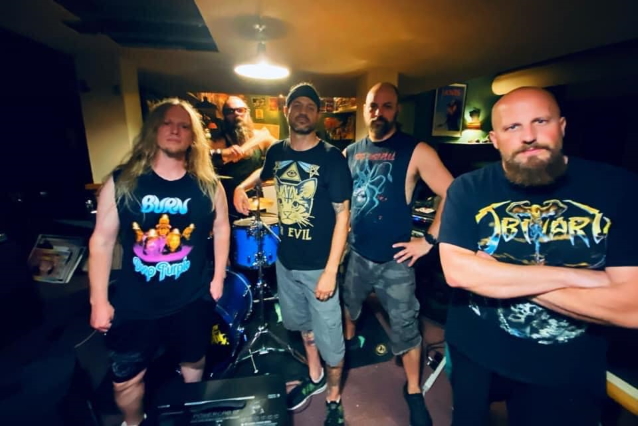 Canadian progressive death titans INTO ETERNITY have been added to the 2022 lineup of the Hyperspace Metal Festival as headliners for the event's third night on April 17. INTO ETERNITY has stepped in a as the replacement for STRIKER, which is unable to perform due to a scheduling conflict with its upcoming U.S. tour with BEAST IN BLACK and SEVEN KINGDOMS.

In addition to the news of INTO ETERNITY being added to Hyperspace Metal Festival, the band will be giving festival-goers a special treat as they will be performing with their 2006 "The Scattering Of Ashes" lineup that sees original members Tim Roth (clean/death vocals and guitar),Troy Bleich (PLANET EATER) (bass and clean/death vocals),Stu Block (ex-ICED EARTH) (clean/death vocals) and Jim Austin (drums) reunite along with current guitarist Matt Cuthbertson (UNTIMELY DEMISE). INTO ETERNITY will be executing tracks from "The Scattering Of Ashes", an album that has sold over 15,000 copies in the U.S. and peaked at No. 45 on Billboard's Top Independent Albums chart along with giving fans a taste of new extreme music from their forthcoming yet-to-be-titled full-length.

Hyperspace Metal Festival organizer Joey Hockin said: "Our new day three headliners are the legendary INTO ETERNITY! We know people have been itching to see them ever since Stu Block announced his return to the band back in August. We can't wait to have them on the Rickshaw stage this April to join WITHERFALL, ARCHON LEGION, PALADIN, PLANESWALKER, and many more. This is going to be an unforgettable weekend of melodic metal that if you are a fan of the genre you are not going to want to miss!"

The third edition of HMF was originally announced for April 2020, but postponed due to the COVID-19 pandemic. Now with the return of live events, festival promoter Journeyman Productions shares the rescheduled 2022 lineup to be held in Vancouver, British Columbia from April 15 to April 17 at Funky Winker Beans and the Rickshaw Theatre.

The lineup for Canada's premier melodic and power metal festival will feature 20 bands, some originally announced for the 2020 production along with a few new additions that will perform over three nights with headliners INTO ETERNITY, WITHERFALL and IRON KINGDOM (full lineup listed below).

Highlights of the confirmed bands include dark melodic heavy metal juggernauts WITHERFALL from Los Angeles blazing new trails and weaving new tales in support of their latest 2021 album "Curse of Autumn" (Century Media Records),local Vancouver heavy metal heroes IRON KINGDOM, who are HMF alumni and make their second appearance on the festival lineup after headlining the inaugural 2018 event. In addition to those bands, two extremely rare performances will be witnessed for PLANESWALKER (California/Cyprus),a Magic: The Gathering-inspired power metal duo featuring members of HELION PRIME and DIRE PERIL along with a reunion set from Victoria, British Columbia's ARCHON LEGION, which features members of UNLEASH THE ARCHERS. 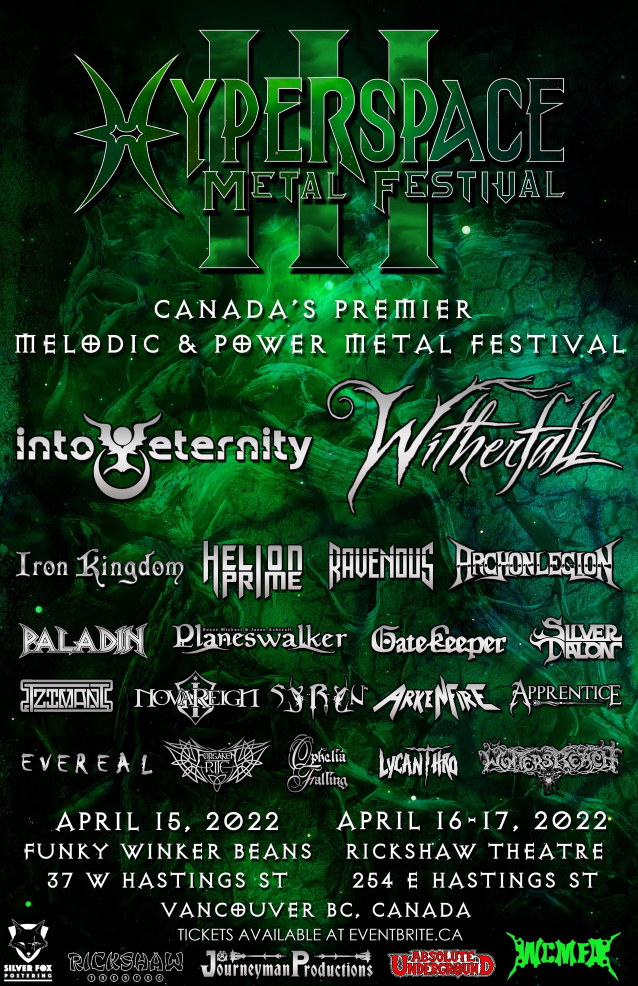