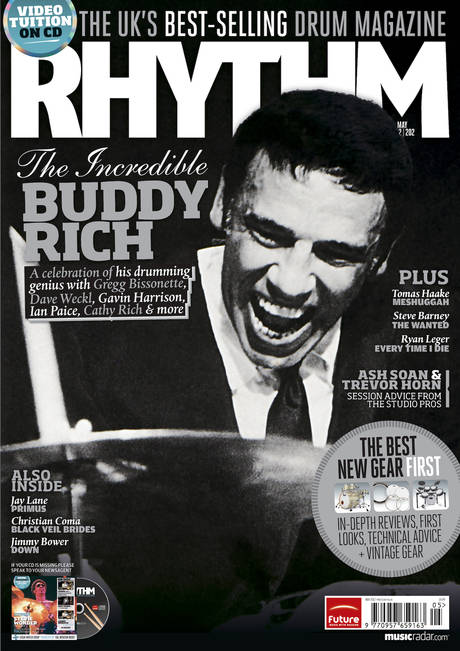 Dickinson is one of the most acclaimed heavy metal vocalists, regularly appearing at the top of lists of the greatest singers/frontmen of all time. DEEP PURPLE's "In Rock" was the first album he ever bought, so hearing him sing with the drumming legend of the very band that influenced his unique style was a treat indeed.

Other musicians that appeared at the event included singer extraordinaire Tony Christie and drummers Dave Weckl, Gregg Bissonette, John Blackwell and Gregg Potter from the USA; and Ginger Baker, Gavin Harrison, Clem Cattini and Elliott Henshaw from the U.K. The show will be hosted by Buddy's daughter, Cathy Rich, and comedian John Thomson of "The Fast Show" and "Cold Feet" fame. The annual memorial concert took place for the first time in the U.K., celebrating the music of the late great Buddy Rich. Previous sellout shows have taken place in Los Angeles, Las Vegas and Boston.