As part of the 30th-anniversary celebration of IRON MAIDEN's classic 1984 album "Powerslave", NECA (National Entertainment Collectibles Association) has released a life-size resin bust of the band's mascot Eddie from the LP's cover art.

This bust is hand-painted for detail so realistic you can almost hear the chant of worshippers around you.

Over 20 inches tall and strictly limited to 1,000 individually numbered pieces worldwide, the bust mounts to a sculpted display base embossed with IRON MAIDEN and "Powerslave" logos.

MAIDEN's fifth studio album, "Powerslave" is notable for its Ancient Egyptian theme. The LP contains a musical re-telling of Samuel Taylor Coleridge's "The Rime Of The Ancient Mariner", which uses pieces of the original poem as lyrics and is — at thirteen minutes and 40 seconds — MAIDEN's longest song to date. 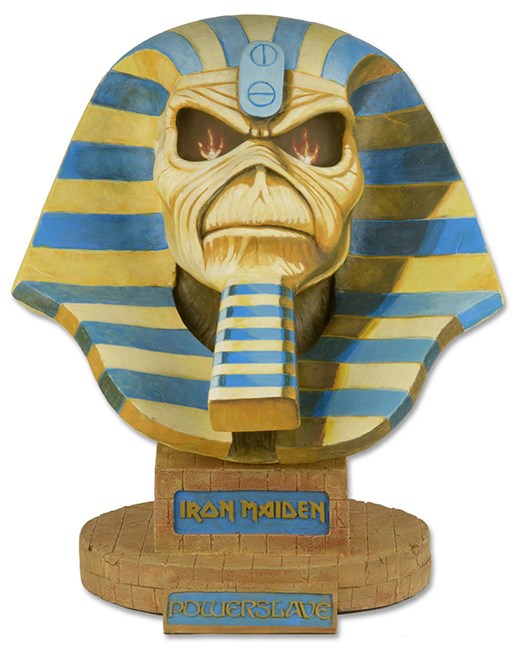