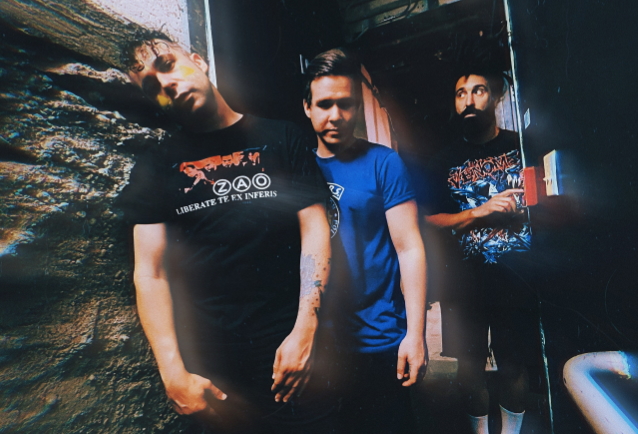 Critically acclaimed rock band ISLANDER has released a new album today called "It's Not Easy Being Human" via Better Noise Music. The heavy rock act also dropped a new lyric video for their track "Skin Crawl", featuring Brian "Head" Welch of KORN, Dan Weyandt of ZAO and Bruce Fithugh of LIVING SACRIFICE. Currently touring with ATTILA, HE IS LEGEND and CROWN MEGATAR across North America, the band is excited to share their latest body of work, and third album, as they reconnect with fans on stage this spring. Earning over 16 million streams worldwide, this next album leans into their unique ability to offer meditative art amidst the chaos in the world, striking a vulnerable tone as they call for empathy amongst their ever–growing global fanbase and invite their musical peers to join them in sending out this message. "It's Not Easy Being Human" is now available for streaming and download across all digital platforms.

Lead singer Mikey Carvajal shared his thoughts on the band's new album: "It's not easy being human. It's something everyone can relate to. We know that this life isn't easy, and as frequently as we've all heard the saying, 'people are dealing with their own struggles that we may never know about,' we want to actually apply that knowledge into choosing to be good to one another. It's as simple as the title says… It's Not Easy Being Human, so we hope it encourages everyone to show each other a little grace in this crazy life. We included a ton of our friends on the record from KORN, UNDEROATH, ZAO, P.O.D., I PREVAIL, BAD BRAINS, LIVING SACRIFICE, Lacey Sturm, FIRE FROM THE GODS, and Hyro The Hero. I've always been interested in seeing my favorite artists work together and we wanted to do that on this record, by leaning on one another, supporting one another, and just having a musical party. We even had the wrestling icon Sting star in a video for one of the tracks. A lot of rap albums have guests all over them, so we were like 'why not just do that with our friends?'"

Partnering with To Write Love on Her Arms, ISLANDER previously released "What Do You Gotta Lose?" last spring, dropping a stunning visual for the track produced by 12 Inch Media with artwork by John Wellman that pointed viewers to resources for anyone dealing with anxiety, depression or suicidal thoughts. The song mixed deeply personal songwriting with their loud, infectious sound to create an anthem about moving forward in the face of mental health challenges. The band also released "The Outsider" last year, a tribute to why the band originally gravitated towards rock music and an embrace of anyone feeling like an outcast within the community of listeners the group has formed.

"It's Not Easy Being Human" track listing:

ISLANDER understands that complacency is the deadly enemy of progress. The South Carolina band — Mikey Carvajal, Chris Carvajal and Erik Shea — refuses to grow stagnant with time by challenging themselves to evolve continually. No two singles are alike, yet the group finds a way to make the combination of their vast influences work together in a manner unlike anyone else. You cannot call what ISLANDER does rock or rap or even nu–metal. They make music that moves people, plain and simple, and that's all they want to do.

"We're a very intimate band in that I want to be there and hear people's stories," says Mikey Carvajal. I'm not in this to be a rock star. If that were ever the case, and it were about money or fame, I just wouldn't do it. I'm only here because I genuinely love people, and I want to see them do good in their lives. I want us to continue to spread love, hopefully on a higher level than before."

Now a decade into a career built with that mission in mind, ISLANDER continues to grow a global fanbase. The band writes from a place of love and empathy channeled into raucous music that can incite mosh pits and comfort those who feel alone. It's a delicate balance between chaos and focused effort that only ISLANDER can perfect, and it's because of that combination that the group remains one of the most versatile names in entertainment today.

"If you speak about real things, they will remain relevant," says Carvajal. "We all have skin and bones and blood. We're all human beings trying to make it in this world. The most important thing is being there for people, and our music allows us to do that."

ISLANDER heads into the new year with high hopes and a bevy of material. Four years of writing and recording has given the band their most diverse and collaborative music to date. From the rallying cries of "Freedom" to the meditative flow of "Crazy Crazy World" and beyond, ISLANDER is creating a space for listeners to process the madness of today and find hope for a better tomorrow. 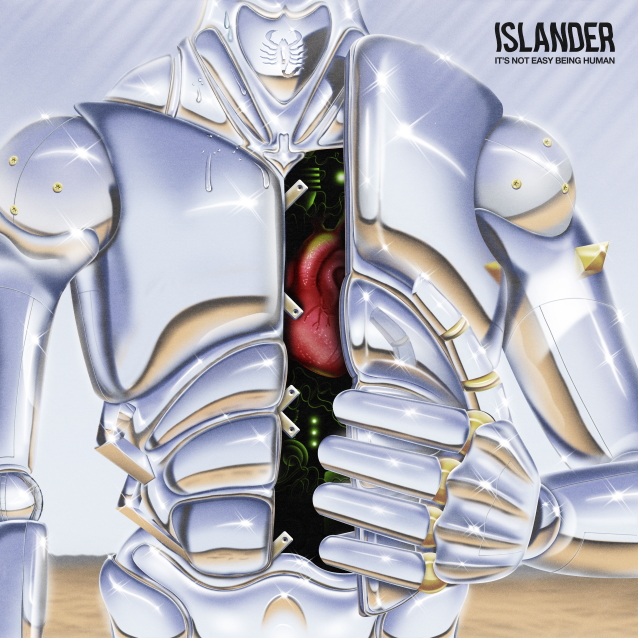