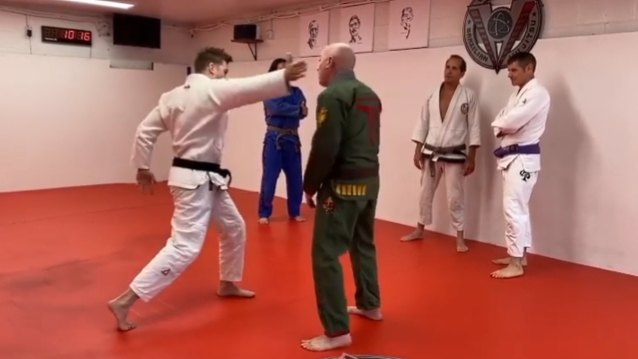 TOOL frontman Maynard James Keenan has chimed in on actor Will Smith storming onstage during this year's live Oscars broadcast and smacking Chris Rock across the face before returning to his front-row seat and yelling a profanity-filled threat at the comedian.

In a new video shared via his personal Instagram account, Keenan, who recently earned a brown belt in Brazilian jiu-jitsu, demonstrated what he jokingly described as one of "the techniques that could have saved Chris Rock's life."

"I realize we're on the ass end of beating this dead horse, but fuckit," Keenan wrote in a caption accompanying the video.