It's Official: DAVID LEE ROTH To Open For KISS On 2020 North American Leg Of 'End Of The Road' Tour

It's official: VAN HALEN singer David Lee Roth will open for KISS on the 2020 North American leg of the "End Of The Road" tour.

The Memorial Coliseum in Fort Wayne, Indiana said Tuesday that Roth had been added as a special guest to the last leg of the "End Of The Road" tour that will stop in Fort Wayne on Sunday, February 16, 2020.

KISS's North American dates kick off February 1 in Manchester, New Hampshire, and run through October 2 in Fort Worth, Texas. The trek will consist of two legs, with gigs in South America and Europe taking place in between.

The VAN HALEN frontman is scheduled to play a nine-show residency at the House Of Blues in Las Vegas in January and March, but none of those shows conflict with the KISS dates. Roth will also appear at the Epicenter festival in Charlotte, North Carolina on May 1.

In a recent interview with the KSHE 95 radio station, Roth confirmed that he will play additional shows beyond his Vegas residency.

"Once we get this up and rolling, then, of course, we're going to start to take this out on the road," he said. "I think I'm the face of VAN HALEN from this point on, and we take it as seriously as all you listening to it. Yeah, there's a lot of smile and style to it, but there's a lot of, 'We really, really have to mean it in the notes and what we do in the subtext of the lyrics.' It's the sound of several generations on one big prison break... We're up there on stage to work it."

Roth told Van Halen News Desk that his band will recreate the sound of VAN HALEN's albums and his own solo work, not VAN HALEN's live performances.

Roth's upcoming Vegas residency won't be the first time he has set up shop in Sin City. Back in 1995, Roth completed a Las Vegas engagement at Bally's Hotel and Casino and another short run at MGM Grand. 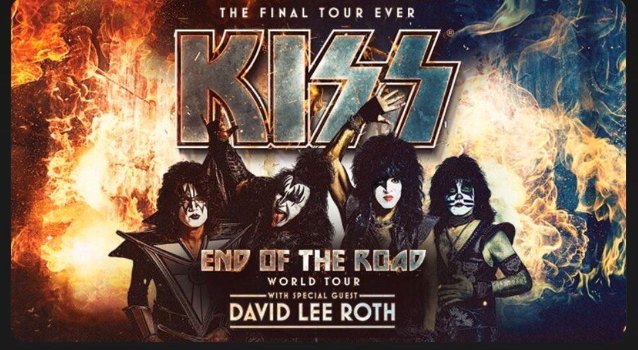