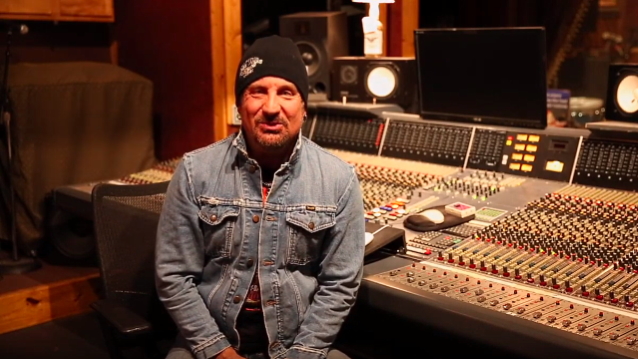 JACKYL frontman Jesse James Dupree, who became friends with AC/DC's Brian Johnson back in the 1990s, was asked in a new interview with Meltdown of Detroit's WRIF radio station if he has any idea what the legendary hard rock band has been up to in recent months. He responded: "Yeah, I do. [Laughs] It's not my business [to say anything about it]. I'm a huge fan, in addition to being good friends with Brian, and if wanna keep being good friends with Brian, I'll keep my damn mouth shut. They're a very closed-lipped bunch. When it's time to make a move and do something, they do it."

Jesse went on to praise Brian, who co-wrote a pair of JACKYL songs, 1997's "Locked And Loaded" and 2002's "Kill The Sunshine". The former marked the first time Johnson had ever recorded with any artist but AC/DC since he joined the band.

"I love Brian," Jesse said. "He's been such an influence and such a friend. And he's such a role model. He's in the biggest band in the world, in AC/DC, and he'll come stay at the house and we'll go out to eat. I mean, there's no bodyguards. He's so disarming when people come up and recognize who he is. He's just such a great role model, because he just respects everybody. I'm just so proud of the person that he is. And I say that because so many of the people that you grow up idolizing, and they're influences, you meet 'em and you go, 'God, what an asshole.' Luckily, I haven't really said that about too many people. I've had great experiences with people that I grew up being influenced by. But definitely Brian is an incredible role model and just a great man."