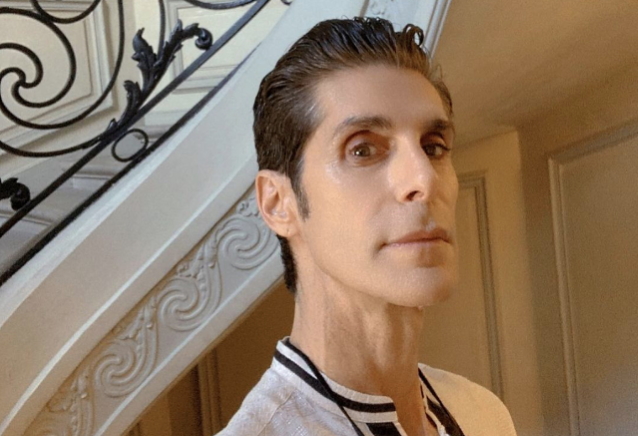 In a recent interview with "Lipps Service With Scott Lipps", JANE'S ADDICTION frontman Perry Farrell discussed why so many Americans are waiting to get a COVID-19 vaccine or not planning to at all. Recent polls show 25% of Americans remain vaccine-hesitant.

"I'm a little bummed in my heart that human beings don't understand that they need to get vaccinated and put a mask on and social distance so that we can all get back to business," Perry said (as transcribed by BLABBERMOUTH.NET). "Yeah, yeah, you can exercise your right as an American… That argument's bullshit, honestly. We all wanna get back together again, and you're fucking it up and making it not impossible, but you're making it more difficult. That's all you're doing. If you wanna really be a bro, go get a fucking vaccination."

Farrell went on to praise President Joe Biden's efforts to get Americans vaccinated. "The White House is killing it," he said. "It's gonna happen, but it's gonna happen later rather than sooner because there's still people that are gonna just muck it up… But then, eventually, we're gonna do it, but it's just gonna take months longer before I'm gonna feel good."

The more people who don’t get the vaccine, the longer it takes to reach herd immunity, which experts now believe may not happen in the United States.

More than 156 million people in the U.S. have received at least one dose of a vaccine, while 121 million Americans are fully vaccinated against covid-19.