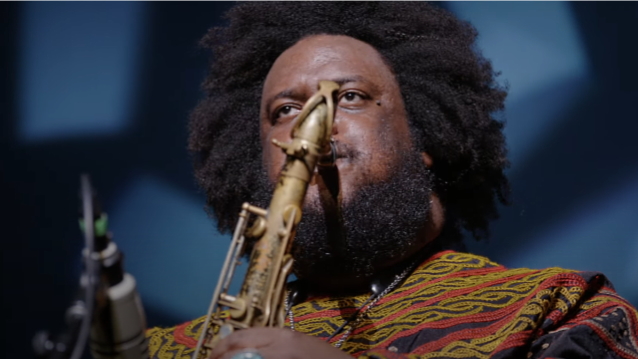 Jazz saxophonist Kamasi Washington's cover version of METALLICA's "My Friend Of Misery" can be streamed below.

Washington performed his rendition of METALLICA's "My Friend Of Misery" in July during his at the Hollywood Bowl in Los Angeles. He was joined on stage at the gig by METALLICA guitarist Kirk Hammett and bassist Robert Trujillo.

Washington's cover of "My Friend Of Misery" is one of more than 50 songs which are included on METALLICA's massive new covers compilation called "The Metallica Blacklist", which features artists' takes on "Black Album" songs.

Much more than a mere tribute album, "The Metallica Blacklist" celebrates the enduring influence of this musical milestone with one of the most ambitious projects ever conceived by the METALLICA team: An unprecedented 53 artists spanning an unbelievably vast range of genres, generations, cultures, continents and more, each contributing a unique interpretation of their favorite Black Album cut.