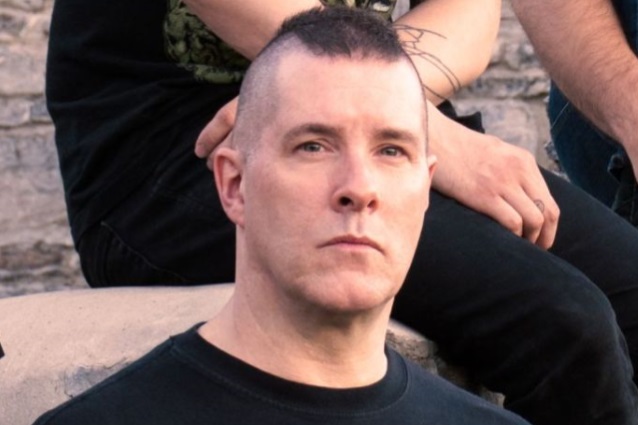 ANNIHILATOR mainman Jeff Waters was recently interviewed on the "Tall Toomey" podcast. You can now listen to the chat using the audio player below.

Asked if all the lineup changes in ANNIHILATOR have forced him to constantly adjust how he writes and records the band's music, Waters said: "No. You just do the songs in the studio, then you finish all that, then you go, 'Okay, how are we gonna play these songs that we picked to play on the tour?' 'Oh, yeah. Who might be in the band on bass or rhythm guitar this time?'

"From the outside, especially the North American fans that are either just discovering us or hear rumors or things on social media or whatever, [they probably think], 'Look at how many musicians this guy's had. He must be a real jerk, dictator, blah blah blah,'" he continued. "[The] Europeans who've seen us over there every year know, 'Oh, I see. It's basically a solo project and Waters hires the guys to go on the tour, but he hires really killer musicians most of the time. And we'll buy this album, 'cause we like it, and maybe we don't like the next one, but we're gonna check out the one after that.'"

He added: "That's kind of the nutshell thing about ANNIHILATOR: It's kind of a solo project behind the scenes and in the studio, and it's a full, real band when you see us touring, 'cause it's not like the 'Waters show' — it's the opposite; it's a band."

Pressed about there are people that could walk up to him right now and say, "I used to be in ANNIHILATOR," and he may not ever remember them, Waters laughed and said: "No, but sometimes I forget the years or the tours. Yeah, definitely. But I pretty much speak to almost everybody that's been with us — from the studio side, the engineering [to the musicians]. I mean, this is my whole life, so I'm always involved in heavy metal and thrash metal and doing this band thing, so you run into everybody at some point and see 'em at shows. Like, Mike Mangini was our drummer for years, for quite a few records, and he jumped from our band to EXTREME and then Steve Vai and now DREAM THEATER, of course. And you've got a a bunch of other great musicians that kind of launched off from us into something bigger or better, so to speak, or different opportunities and stuff. But it's the same thing when you've got different musicians that you hire. Some leave because they have kids or they don't wanna tour anymore or they get a better offer from another band or they have a really stable thing at home that was offered to them and they stay there. So almost none of the guys, other than maybe two or three, I've ever had any kind of run-ins with. But if you're just discovering the band and looking around on social media or something, or Wikipedia or this kind of stuff, it's easy to get another impression, right?"