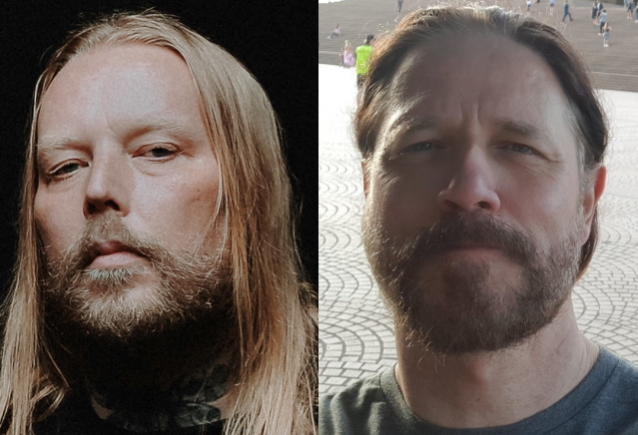 Ex-IN FLAMES guitarist Jesper Strömblad sat out THE HALO EFFECT's July 27 appearance at the Metaldays festival in Tolmin, Slovenia. He was replaced at the gig by THE HAUNTED's Patrik Jensen.

THE HALO EFFECT will release its debut album, "Days Of The Lost", on August 12 via Nuclear Blast Records.

Earlier this month, Jesper issued a statement saying that "has decided once and for all to deal with" his "addiction and other demons".

Strömblad told BLABBERMOUTH.NET that the origins of THE HALO EFFECT began during the 2020 pandemic when its members had nothing to do and that he was the last one to join. Strömblad most recently was playing with CYHRA, the modern metal outfit fronted by former AMARANTHE vocalist Jake E, but was not performing live with the group.

When asked what it took for him to join a proper band again, Strömblad said: "There is a misunderstanding because I'm still in CYHRA. There was something going on, personal things that I don't have to get into. If you see promo pictures now, I am not in them. But I'm still in the band. It's always been the fact whether I can be on stage or not, but I'm always the musical motor, so to speak. When I heard about [THE HALO EFFECT's] lineup, there was no doubt."

Strömblad then talked about his musical chemistry with Engelin and how he sees himself fitting in THE HALO EFFECT's plans when touring activity ramps up. "It didn't take much thought from my side when it came to joining," he said. "Touring is always going to be, for the time being, an issue for me. We always are going to have a backup. I'm always going to be there in spirit with the band. I'm always going to be writing music and in there in the studio. But, when I heard Niclas's demos, I said, 'Yes, we have to do more of this.' They were phenomenal. It wasn't a repetition, either. There was no, 'Let's sound like we did 20 years ago.' It sounded so updated, fresh and good. I said, 'We can do this and get away from people saying we got this band together because we played in previous bands together.' This band stands on its own two feet. Maybe you can hear some of the influences, but that's not really weird because it's us playing together. That's how I write music."

THE HALO EFFECT made its live debut on June 11 at the Sweden Rock Festival in Sölvesborg, Sweden. The show marked the first time in over a decade that Strömblad played with his former IN FLAMES bandmates. When asked how he thought the show went, the guitarist said: "I loved it. I love to be onstage. I haven't been on stage in a lot of years. If I could go back, I would be a little more active onstage. I prioritized playing well, to play the songs because they were brand new for Niclas and me. Nowadays, you write the riff and record it. Then you don't rehearse it. Now, you have to not only learn the songs but refresh your memory. For me, it was there 95 percent. I was kind of stiff. I wanted to nail the songs. It was a fantastic show and I had an amazing time. Just looking back and seeing Daniel smiling behind the drums and hearing Peter's rumbling bass… only he can get that sound, then seeing Niclas running around like a grasshopper. If you think about it, it was kind of cool that the band could play a festival on the big stage and fill it, more or less, and we didn't even have the album out yet. People haven't heard the songs. They heard four songs, tops. We did a signing session where we sat for one and a half hours signing autographs. It was a huge success for us, I think. It couldn't have been a better start."

Strömblad was then asked what the future held and whether THE HALO EFFECT would be his priority. "Yeah, it is," he said. "Maybe sometimes it will be a little puzzling if it clashes, but THE HALO EFFECT is my priority. I'm laying low with everything else right now. We started working on this album so long ago. We are already planning to start recording a new album." 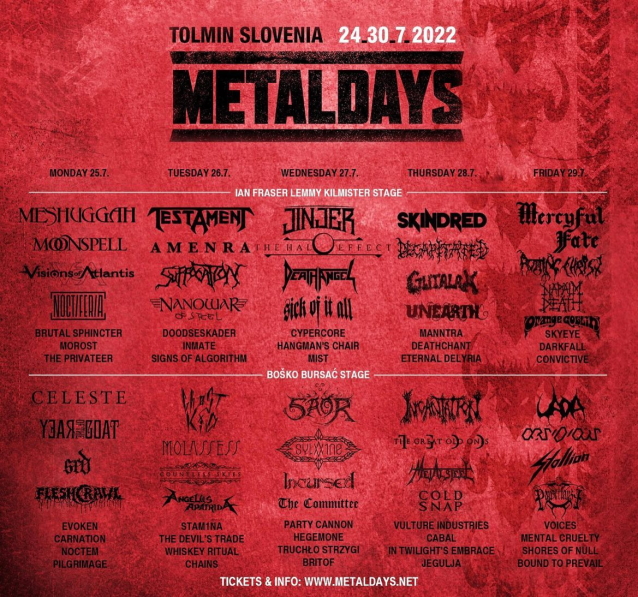