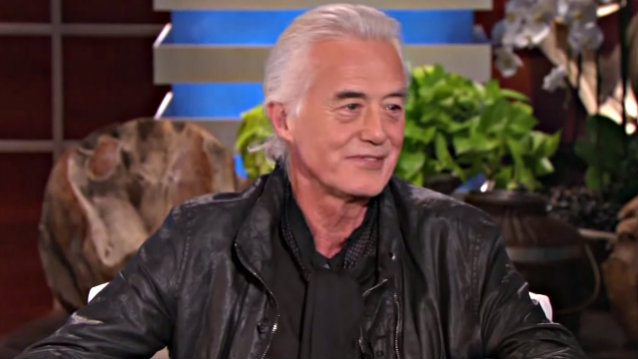 Asked if the group would consider reuniting for a tour, Page said, "Well, I don't know. He's becoming very difficult, isn't he?" referring to Plant. "I think you've got the wrong one sitting here," implying the question needs to be answered by the singer. He added: "I love playing LED ZEPPELIN music, let's put it that way."

Both Plant and Branson have issued denials that any LED ZEPPELIN reunion offer had been made.

Page has remained busy throughout all the rumor mongering and he-said, she-said games pertaining to the tour that never was, and instead has focused on publicizing the new expanded reissues of ZEPPELIN's "Led Zeppelin IV" and "Houses Of The Holy" collections. The Pulse Of Radio asked Page if there's footage of any LED ZEPPELIN recording sessions. "No, no there isn't," he said. "Because it was a very sort of private world, it was ruthlessly efficient in nits delivery of the music and there was no time for waiting to see whether somebody'd put a magazine in his camera and all of that. I mean, it was like pulling teeth just having a photographer in there on a couple of occasions. They were just interfering with the flow of what the music was about."