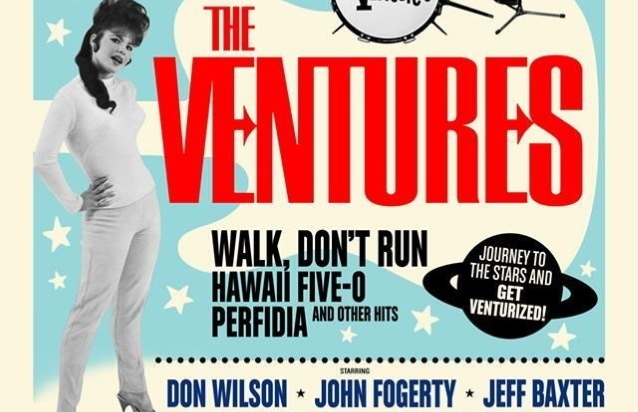 Vision Films Inc. presents the definitive history of instrumental rock and roll, "The Ventures: Stars On Guitars", from director Staci Layne Wilson. The documentary will be available on DVD and VOD across cable and streaming platforms in the U.S. and Canada on December 8, 2020. A true labor of love, Wilson, daughter of THE VENTURES' founder Don Wilson, compiled over 35 interviews and assembled dozens of beloved and brand new music tracks to present the most comprehensive history of the band that still inspires generations of guitar players around the world. Filled with fascinating facts, humorous stories and poignant memories, "The Ventures: Stars On Guitars" is told from the point of view of Don Wilson, the last original member of the band.

Synopsis: THE VENTURES have been thrilling music lovers with songs like "Wipe Out", "Walk Don't Run" and "Hawaii 5-0" for over half a century. Started by Don Wilson and Bob Bogle in 1959, the band went from humble beginnings to worldwide acclaim, culminating as inductees into the Rock And Roll Hall Of Fame as the No. 1 Bestselling Instrumental Rock and Roll Group of all time.

Hear the history from those who know them the best: Billy Bob Thornton, music legends such as Jimmy Page (LED ZEPPELIN),Jeff "Skunk" Baxter (STEELY DAN),THE SURFRAJETTES, Lalo Schifrin (Academy Award-winning composer, "Mission Impossible" theme),Randy Bachman (BACHMAN-TURNER-OVERDRIVE),Josie Cotton, John Fogerty (CREEDENCE CLEARWATER REVIVAL),and more. Witness the rise and influence of the electric guitar and the relevance of the band in pop culture still today while rocking out to the soundtrack. The documentary features seven original tunes and several versions by THE SURFRAJETTES, THE NEPTUNAS, THE NINTH WAVE, Mick Radford and Michel Perillard.

Lise Romanoff, CEO and managing director of Vision Films, says: "Staci Wilson has delivered a passion project that is truly a creative and entertaining narrative that captures the nostalgia of the surf music scene and will have audiences of all ages dancing in their seats."

Director Staci Layne Wilson shares: "Three years ago, I realized I had to make a documentary about my dad's band, THE VENTURES. As their 60th anniversary approached, I wanted to make sure that there would be fanfare and celebration. This is my dad's story, and I am so proud to be able to bring it to the world."

"The Ventures: Stars On Guitars" will be available on: iTunes, Vimeo, Amazon, Google Play, Vudu and Vimeo, and across hundreds of U.S. cable providers, including Comcast, Spectrum, Charter, Cox, Dish, DirecTV and more. DVD retailers include Amazon and other major online retailers. 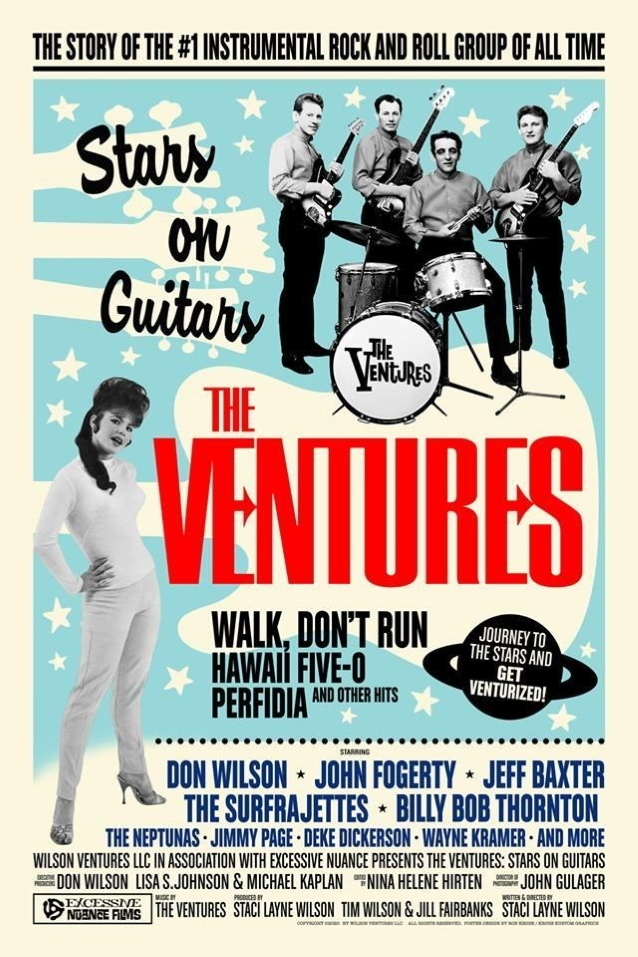