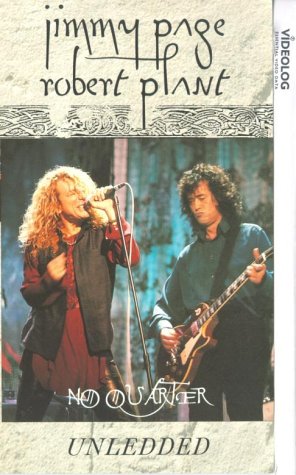 An enhanced DVD edition of Robert Plant and Jimmy Page's "No Quarter – Unledded" video (cover),featuring an improved audio mix (especially the guitar) and additional footage, is currently being produced, according to Led-Zeppelin.com. There is no release date yet.

The video, which was originally released in November 1994, was filmed in multiple locations and includes guest musicians such as the London Metropolitan Orchestra. Songs include "Kashmir", "Nobody's Fault But Mine" and "Gallows Pole".