Jimmy Page is planning to tell his life story in the form of a book. Speaking to Uncut magazine, the legendary LED ZEPPELIN guitarist said: "I will definitely do an autobiography. Every six months brings new things for me to write about or comment about. I have a number of ways I plan to approach it. But I am determined that I'll write it first and then go to a publisher, because I don't want to be held to a deadline."

During the same chat, Page was asked by writer Michael Bonner if he is writing new music. He responded: "There will be something next year. But before that, there's a project that will be announced later this year; it's not necessarily musical. I'm old school. I don't announce anything too early."

To order the latest issue of Uncut online and have it sent to your home, click here.

Last October, LED ZEPPELIN released its first and only official illustrated book, "Led Zeppelin By Led Zeppelin". It was a unique collaboration between Page, Plant and Jones, who gave Reel Art Press unrestricted access to the LED ZEPPELIN archive.

"Jimmy Page: The Anthology" is now available to pre-order from JimmyPageAnthology.com. A companion piece to "Jimmy Page By Jimmy Page", the new signed, limited edition documents Page's musical career through selected material from his rich personal archives. The 384-page book sells for around $480 and ships in December from Genesis Publications. 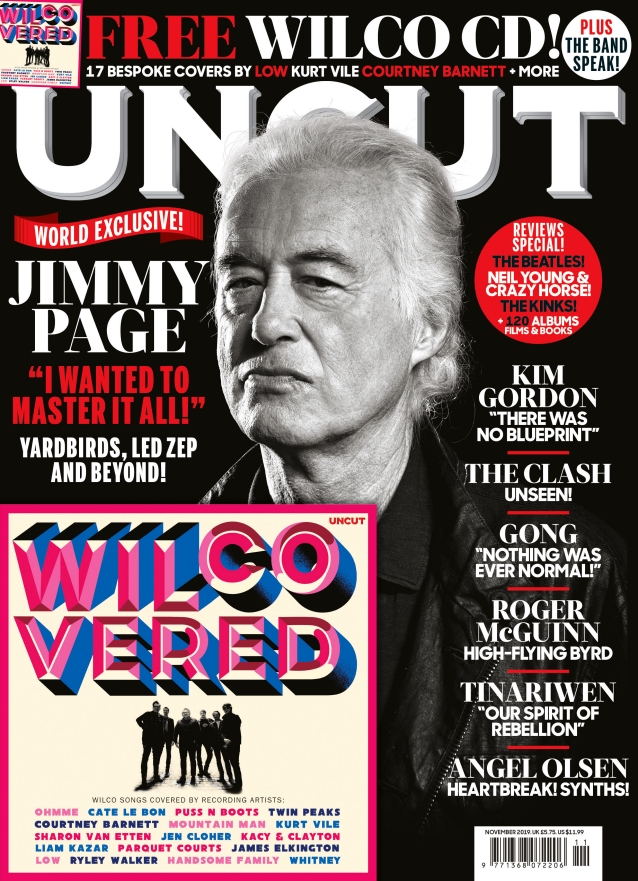