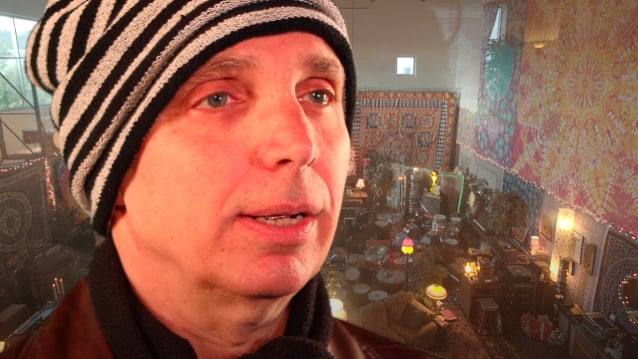 Joe Satriani has defended GRETA VAN FLEET over accusations that the Michigan rockers have ripped off LED ZEPPELIN.

During a recent interview with Classic Rock, Joe offered his opinion of the young act.

"Every time I put GRETA VAN FLEET on, someone, usually someone older, will say, 'Who are these guys ripping off LED ZEPPELIN?'" the legendary guitarist said. "Give them a break! There are bands a generation older than them who seem to be doing it for the money and fame, but to me these guys seem to love this music and they have a real spark."

Satriani's latest comments echo those he made two years ago when he told NJArts.net: "I've been listening to this young band, GRETA VAN FLEET, and I'm really enjoying that exuberance that I'm hearing. When I first heard them, I sent their album to all my friends that were in my high-school band. We're still good friends and we stay in touch and, I swear, that's what we were trying to do when we were 15 years old. We were just trying to be like LED ZEPPELIN, BLACK SABBATH and THE [ROLLING] STONES, but these guys are really good at it. [Laughs] They have that same kind of... it just sounds like they love music and they love what they're doing, and yeah, I've been listening to that quite a bit."