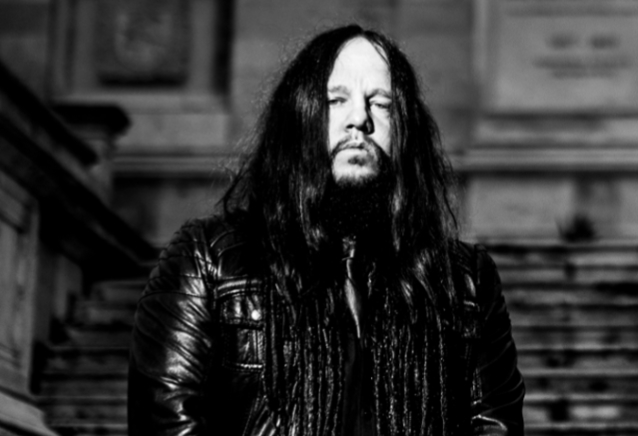 The family of late SLIPKNOT drummer Joey Jordison has publicly shared a video that was put together for his memorial to mark the first anniversary of his passing.

A year ago, Joey's SINSAENUM bandmate Frédéric Leclercq blasted TMZ for sharing the audio of the 911 call placed by the former SLIPKNOT drummer's ex-girlfriend after she found him dead. On July 29, 2021, the tabloid site posted the two-and-a-half-minute phone call in which the ex-girlfriend — who continued taking care of Joey's bills and maintaining his house in Iowa even after their split — could be heard getting very emotional when she went to his home to check on him after he hadn't returned her messages. During the call, she indicated that Joey was "a really bad alcoholic" with "health issues," and she revealed that the motion sensors on the house hadn't detected any activity in days.