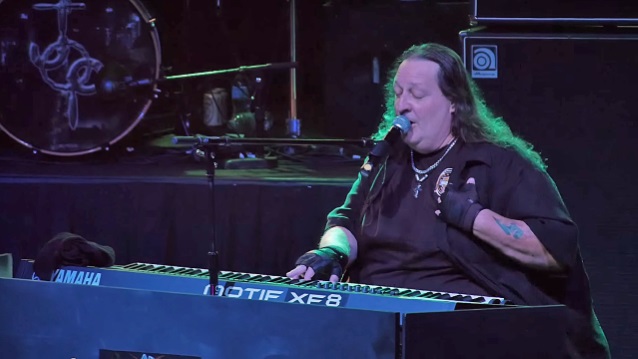 Asked in a brand new interview with Miriam "NocturnalConcerto" of Femme Metal Webzine if SAVATAGE has any plans for beyond Wacken for either live shows or new material, SAVATAGE mastermind Jon Oliva said: "As far as that goes, the whole Wacken thing came up, and I was, like, you know what? If we're going to do anything, we have to do it now. I don't want to do it when I'm 60 years old. I mentioned that to [TRANS-SIBERIAN ORCHESTRA producer/composer] Paul [O'Neill]. He said to me, 'We're going to do the Wacken thing, but let's just wait until the [TRANS-SIBERIAN ORCHESTRA] winter tour is over and then you and me we're going to sit down in January and discuss what we're going to do.'"

He continued: "We've already gotten offers to do it in certain areas of the world, America being one, Greece, South America, places like that. We have to see how we're going to do this. It's something that Paul and I, honestly — and I'm telling you totally honestly — we just brushed over what we thought we might want to do and we said, with all the chaos of getting the winter tour out, we said, let's just wait until after the tour is over and then we'll figure this whole thing out. We know we're going to start with 'Gutter Ballet'; that's all we agreed on. [Laughs] [TRANS-SIBERIAN ORCHESTRA] is going to come out first for, I think, 40 or 50 minutes doing the big-production numbers, then Paul is going to bring me out and we're going to do the SAVATAGE thing and we're going to start with 'Gutter Ballet' and that's where we ended the conversation and said, we'll pick this up on January 10th and we'll figure out what we're going to do as far as other shows go and everything like that. As of right now, Wacken is the only place, but I'm sure once everything works out and we see what happens, I wouldn't rule out the possibility of there being a couple more on top of that. I think we're going to do a press release in maybe February or March about what's going on and stuff like that."

Oliva added: "I think it's cool that we're doing it. I'm very excited about it.

"I've been on this health kick now for the last six months. I've dropped a bunch of weight and I'm feeling a lot better. I've still got a ways to go, but it gives me something. I'm, like, yeah, I'm going to get in shape for this and knock people out."

Oliva also spoke about the current status of his project JON OLIVA'S PAIN. He said: "I've got an album that is about 95 percent written and demoed up. I finished the demos right before I went to Omaha in October, and I'm going to start up again with that probably right after Christmas and finish the record. I purposely am taking my time with this, because it's a very heavy record. It's very heavy; I want it to be that way. I want to just make sure that every song is a 10; I don't want any filler songs on there. I have about 30 tracks and I've got to condense some things down. I got plenty of great material for it and I've got most of it demoed up and I'm ready to cut basic tracks once I can narrow down those 30 songs into 12 or 13. I figure that should be out in late spring, maybe early summer."