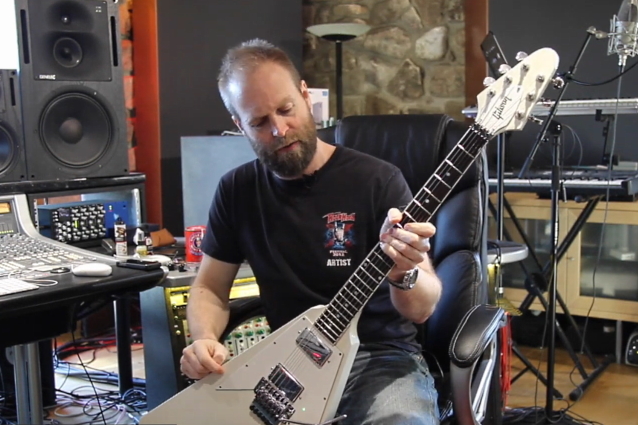 An outtake from the "Flying V" documentary in which JUDAS PRIEST touring guitarist Andy Sneap talks about his early interest in the Flying V guitar can be seen below.

According to Sneap, he first became fascinated by the Flying V guitar after seeing ACCEPT guitarist Wolf Hoffmann holding a Flying V on the cover of U.K.'s Kerrang! magazine in late 1982. "I think they'd just done 'Balls To The Wall', and he was there with the Flying V," he said. "And I was, like, 'That's so cool.'"

Elaborating on the Flying V's appeal within the heavy metal community, Sneap said: "I think a V is rock; it's established itself as a rock guitar now. You wouldn't really see it in any other forms of music.

"I think it just sort of sets you aside a little bit," he added. "I don't know why. I just think it makes you strike a very positive pose on stage. You look like you're in control with it on stage. You're not sat in the back with a Flying V; you're making a statement with it."

The "Flying V" DVD was released last September as part of the popular "Inside Metal" series. "Flying V" was directed by Peter Hansen and produced by Hansen and Michael Denner, and features in-depth interviews with countless renowned metal guitarists who have helped make this make/model one of the most instantly identifiable instruments in all of rock.

And the rave reviews that this 67-minute documentary has accumulated are impressive, including renowned rock photographer Mark "Weiss Guy" Weiss saying: "Whenever I saw the Flying V on stage, I knew it was going to be a killer show. I love photographing the V. How could you not? It screams rock 'n' roll! It has a presence all to its own. If I were to rate the Flying V, in the words of the TAP, I would give it an eleven one louder!" 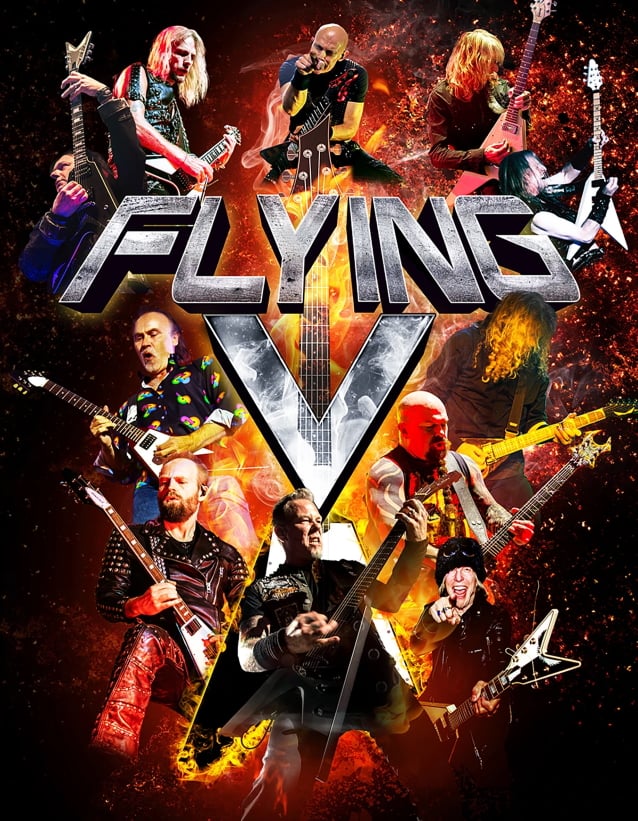