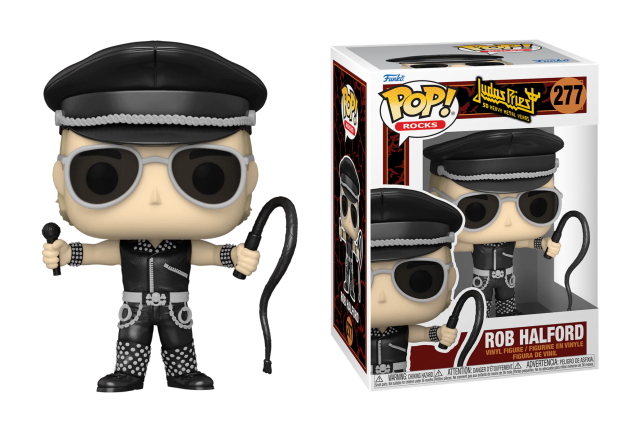 Due later in the year, the vinyl figure is approximately 4.24 inches tall. It comes packaged in a window display box.

Official figure description: "Rock out to the heavy metal beat and sound of JUDAS PRIEST with Pop! Rob Halford. Pop! Rob Halford, lead singer and vocalist, is ready to take center stage in your Pop! Rocks collection. Unite all the members for a headbanging concert and celebrate 50 heavy metal years."

After Funko's Q3 results were announced last November — beating expectations on revenue and earnings per share (EPS) — CEO Brian Mariotti said: "As a credit to our brand, we are continuing to expand our product categories and fan base, increasing fan engagement and bringing innovative new products to market."

According to InvestorPlace, Funko also got into the non-fungible token market, releasing limited-edition digital card packs that include rare cards. Buyers can trade these rare cards to profit from the collectibles market.