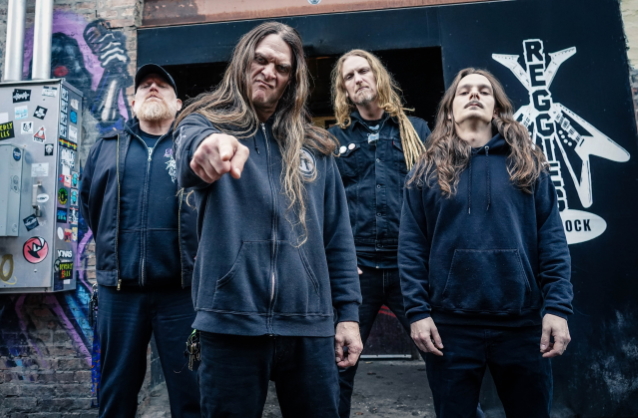 JUNGLE ROT To Release 'A Call To Arms' Album In May

Death metal veterans JUNGLE ROT will release their new album, "A Call To Arms", on May 13 via Unique Leader. The LP's first single, "Total Extinction", can be streamed below.

Once again co-produced by Chris Djuricic and JUNGLE ROT, "A Call To Arms" was mixed and mastered by Dan Swanö. It's the band's newest record since their acclaimed self-titled 2018 release, praised by Loudwire, Decibel, Revolver, Metal Hammer and a host of celebrated publications.

Forever looking to push death metal groove with attitude, JUNGLE ROT is highly regarded globally. Jaded death metal purists looking for fresh kills need to add the band to their must-listen list — not just "A Call To Arms" but the band's impressive and extensive back catalog, including the 2013 reissue of the classic 1995 release "Skin The Living".

Shots firing overhead, out of breath, thankful to be alive, an exhausted, courageous soldier takes cover in a nearby trench. Overcome with tragedy, the cadet looks down to carefully remove his worn-down combat boots to discover his feet numb and blue, knocking him back with an overwhelming smell of decay and gangrene. This phenomenon is known as "jungle rot." With a little imagination, visualize this horrifyingly grotesque predicament as it would be in heavy metal form — teeming with despair, brutality, darkness and volatility. The sinister picture you have just painted comes to life in four-piece death metal act JUNGLE ROT, which has been triumphantly destroying the metal scene since 1994.

Hailing from Kenosha, Wisconsin, JUNGLE ROT has steadily collected fans by the thousands since their 1995 demo release "Skin The Living". Critics, blown away by their chillingly explosive live shows, rewarded the band with stellar reviews and were offered their first record deal with Pulverized Records. Through new representation, the men released their first full-length project, "Slaughter The Weak" (1998),and were greeted by a tremendous amount of support from both the metal community and critics everywhere. Responding to a flood of new fans, the band rearranged their lineup, adapted their sound, produced new material, and began to dominate the Midwest tour circuit.

The following decade saw the band sign with Olympic Records in 2001, releasing "Dead And Buried", and then in 2009 signing with Napalm Records, and their "What Horrors Await" LP.

JUNGLE ROT has toured relentlessly across the world, including with DEICIDE, ENTOMBED, VADER, CATTLE DECAPITATION and many more. Inspired and motivated by their fans' continued support, JUNGLE ROT went on to release 2011's "Kill On Command" and eighth studio album "Terror Regime" (2013).

"A Call To Arms" track listing: 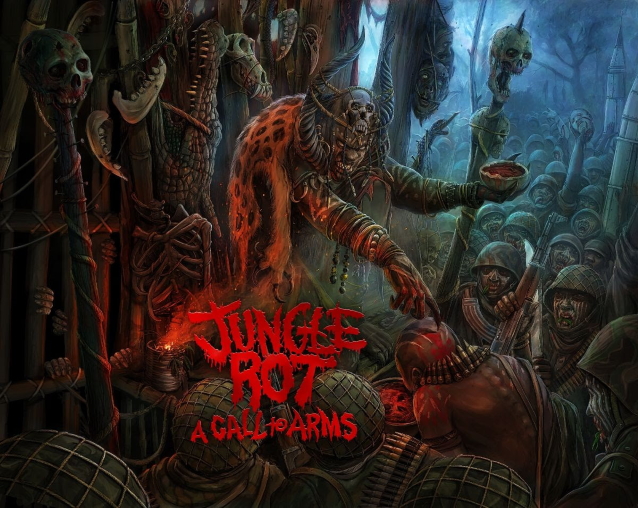