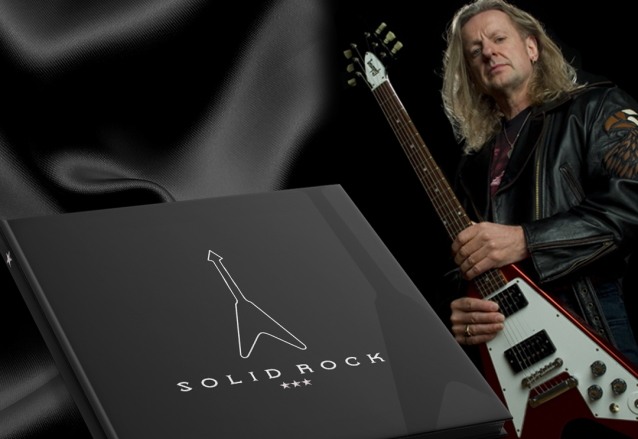 "Solid Rock - The Collector's Edition" is a special pre-release set of limited editions, only available by pre-order, and includes a limited number of Downing-signed and -personalized versions. They are only available at www.metaldefender.co.uk.

A whole host of the greatest rock and metal guitarists ever to plug in an electric guitar are immortalized in "Solid Rock", each stunningly represented across a double-page spread, including a full-page vintage image and original design alongside a unique commentary drawn from "in-conversation" sessions with Downing — Grammy Award-winning guitarist and a founding member of JUDAS PRIEST.

K.K. states: "Join me as I look back over my incredible journey in rock and heavy metal.

"It has certainly been an honor and a privilege to meet and gig with so many of the great players in 'Solid Rock'.

"Without rock and metal, the music we love, our lives would not be what they are today.

"So many millions of fans also shared this wonderful journey throughout the decades with these great artists; this era may one day be gone but will never be forgotten! It will certainly live on inside 'Solid Rock'.

"'The Collector's Edition' is a wonderful illustrative compilation featuring 75 of these icons that not only played and performed but also composed so many legendary and timeless songs. It is the ultimate memoir and celebration of an era that will always be honored and revered by us all, for eternity."

"Solid Rock - The Collector's Edition" is scheduled for release on February 28, 2023.

K.K. departed JUDAS PRIEST 11 years ago but looked back on his time with the British metal titans in his autobiography, "Heavy Duty: Days And Nights In Judas Priest", which came out in September 2018. The book, which was written with collaborator Mark Eglinton, covers all of the behind-the-scenes turbulence that led to Downing's exit from PRIEST, including his strained relationship with Glenn Tipton and his gripes with certain managerial decisions.

In 2018, Downing revealed that he sent two resignation letters to his bandmates when he decided to quit JUDAS PRIEST. The first was described as "a graceful exit note, implying a smooth retirement from music," while the second was "angrier, laying out all of his frustrations with specific parties." Downing later said that he believed the second letter was "a key reason" he wasn't invited to rejoin PRIEST after Tipton's decision to retire from touring. 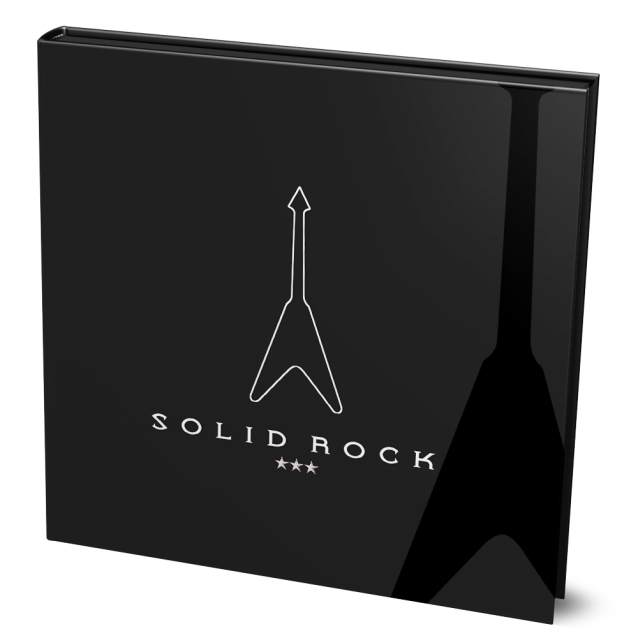