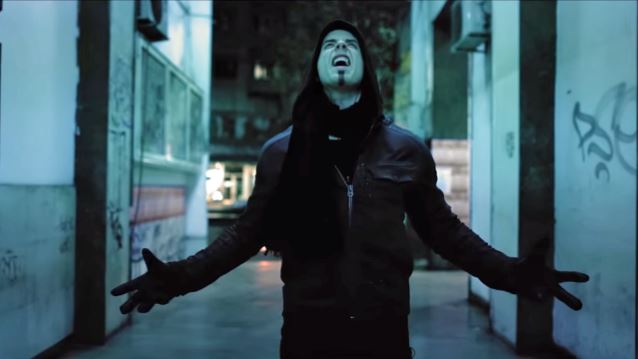 KAMELOT's music video for the song "My Therapy" can be seen below. The track is taken from the band's latest album, "Haven", which sold around 7,600 copies in the United States in its first week of release. The CD was made available in May 2015 via Napalm Records as part of an exclusive licensing deal through the band's Kamelot Music LLC.

KAMELOT vocalist Tommy Karevik states: "The original idea of ['My Therapy'] was based on experiments done years ago on children where they would be clinically taken care of, but never held, loved or nurtured. The outcome was disastrous and proves that in this sometimes complicated world spinning faster and faster, the very foundation of our health and well being really rests upon something very simple and uncomplicated... The human touch...."

Regarding what Karevik has added to the band's sound since joining the group in 2012, KAMELOT guitarist Thomas Youngblood said: "He's an amazing frontman, a killer songwriter, great with lyrics, a team player. And I think he's injected a new spirit into the band, in terms of his energy and youth. I mean, I couldn't have scripted it better, honestly. During [the making of the latest KAMELOT album] 'Haven', he was crucial with his lyrics and his vocal melodies and some of the music."