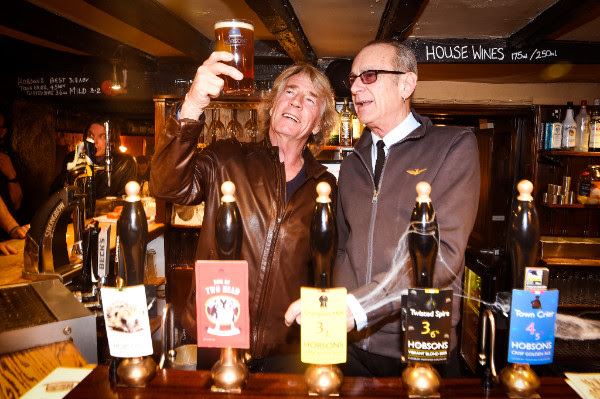 Francis Rossi and Rick Parfitt of STATUS QUO are delighted to announce another great double act! They have teamed up with a pair of great British producers to create a duo of classic drinks: the "Dog Of Two Head" ale and the "Down Down" cider. Both will offer a refined pedigree, based on character and tradition; qualities that define STATUS QUO. Both "Dog Of Two Head" and "Down Down" are being made available, bottled, nationally through the Spar chain from May 18. "Dog Of Two Head" will be available to buy on draught at selected outlets from June. "Down Down" has been selected for Wetherspoon's National Cider Festival which runs from Friday, July 8.

"Dog Of Two Head" ale was created in conjunction with Hobsons Brewery in Shropshire, "Down Down" cider is crafted by the Celtic Marches company in Herefordshire. The band have been involved in the brewing process and cider making right from the off, visiting the facilities, working with each of the relevant teams in choosing the individual elements that give each product their satisfying and refreshing quality — and even spending a day harvesting apples for the cider.

Francis Rossi said: "We know what we like. And we know what our fans like. And I think we can all agree that we like these!" Rick Parfitt added: "It's no secret that over the years the band has enjoyed a drink or three. Finally, we're actually seeing a return on those wasted hours by creating something useful. We love it!"

"Dog Of Two Head" is a chestnut amber traditional ale, with a modern citrus twist delivered by the British hops. This is a subtle ale deftly uniting and balancing the influences of malt, hops and natural bitterness. "Dog" is created by Hobsons from British malting barley, and a blend of U.K.-grown Fuggles, Challenger, Goldings and Progress hops.

"Down Down" is beautifully-rounded golden, medium cider, with a well-balanced finish. Drawing on generations of heritage and expertise, "Down Down" is made with the finest fresh-pressed cider apples which are grown on the Celtic Marches family farm. The cider will be available in three formats: Carbonated in 500ml bottles and 30-liter keg, and Still in 20-liter boxes.

STATUS QUO are a band that are known for delivering creativity, entertainment and consistency at the highest level, and in that they feel a kinship with their chosen partners on this drinks range. The band have already proved that they know this market, launching the "Piledriver" beer brand, which went on to sell over a million and a half pints in the U.K. alone! This ale and cider are sure to be enjoyed by QUO fans, but also by anyone who loves a great British product. 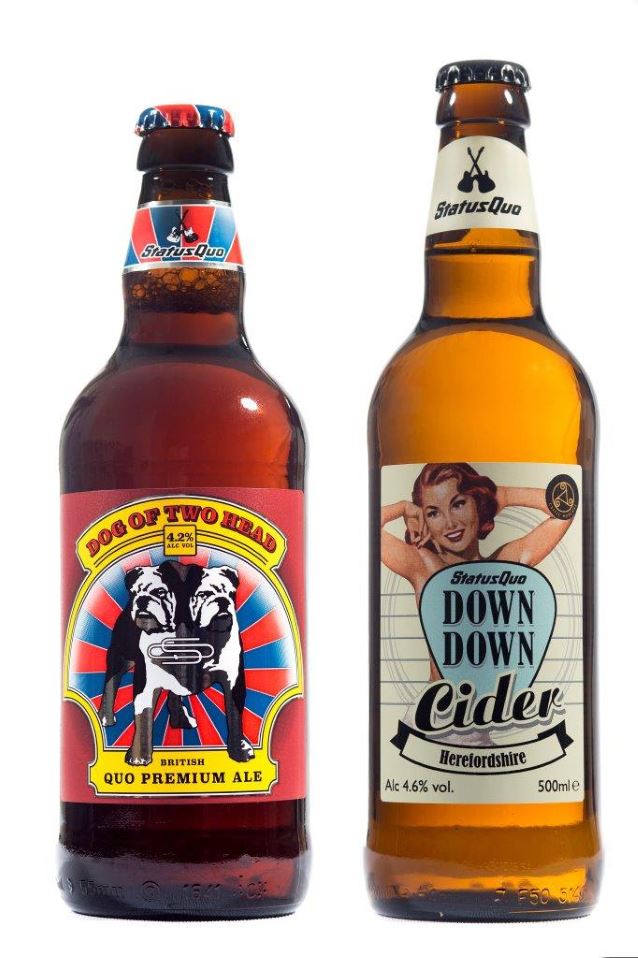