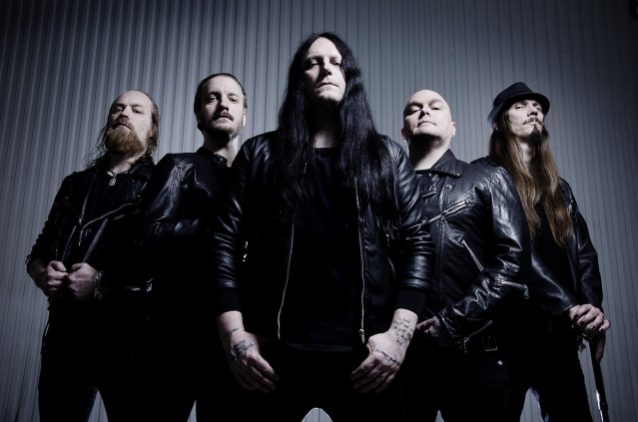 Napalm Records has announced the signing of legendary Swedish masters of melancholy KATATONIA to a worldwide deal.

Piercing through the core in 1991 when KATATONIA was brought to life by the inimitable Jonas Renkse (now vocalist) and renowned guitarist Anders Nyström, the unit has taken a fascinating journey from their heavy atmospheric extreme metal beginnings in the early 1990s underground metal scene to their current status as a unique, free-spirited progressive rock amalgamation that stretches beyond the boundaries of standard music. Each stunning work of KATATONIA is tantamount to a cathartic experience — from their seminal debut, the legendary "Dance Of December Souls" (1993) to their most recent haunting masterpiece, the critically acclaimed "City Burials" (2020) — the latter marking their most successful release to date.

The five-piece has never failed in evolving its sound and unique identity into something that is known as one of Sweden's top-notch musical forces today.

KATATONIA comments on the signing: "As KATATONIA is just about to enter a brand new chapter in its own book of history, we’re passionate the band's journey will continue onward and upward together with our new label Napalm Records."

Thomas Caser of Napalm Records states about the signing: "KATATONIA has been one of the most impactful metal acts, always progressing throughout their career. Teaming up with such an iconic act is a dream of every music fan. We are beyond excited to work with the band and their team."

Released in April 2020 via Peaceville Records, "City Burials" was produced by Nyström/Renkse and recorded at Soundtrade Studios, Tri-Lamb Studios and The City Of Glass throughout October and November 2019, with engineering work handled by Karl Daniel Lidén and mixing and mastering from Jacob Hansen.

"City Burials" also saw the return to the KATATONIA fold of Anders Eriksson (FRANK DEFAULT) beloved for his keyboard contributions to "Night Is The New Day", "Dead End Kings" and various remixes. Artwork was created by Lasse Hoile, the image itself representing the ongoing era of the "Dead End King".