"We've tried to reassure them that they're going to get SLAYER ... and that's what they're getting!

"The way social media is, it's all instant, so the response will be immediate this time."

He continued: "It'll be interesting to see what the first, initial reactions are. That all adds to the emotions I'm feeling this time round."

Added Kerry: "I don't pay attention to anything on the Internet. I don't have any social media, because of that stupid horseshit. It's just people spouting off.

"If those people could hear [the upcoming SLAYER] record and say, 'Man, it's horseshit!' then I'd be stunned. I'm very excited."

SLAYER has completed recording its eleventh studio album and the band's first new effort since 2009's Grammy-nominated "World Painted Blood". The CD is expected out in August, and will be released on SLAYER's own as-yet-unnamed label through Nuclear Blast.

The new album marks the first time SLAYER has worked with producer Terry Date (PANTERA, SOUNDGARDEN, DEFTONES). It is also SLAYER's first CD since Bostaph's return to the band in 2013 and Holt's addition to the SLAYER touring lineup in 2011. It's also the firstSLAYER album without the presence of founding guitarist Jeff Hanneman, although a Hanneman-penned song is on the final track listing. 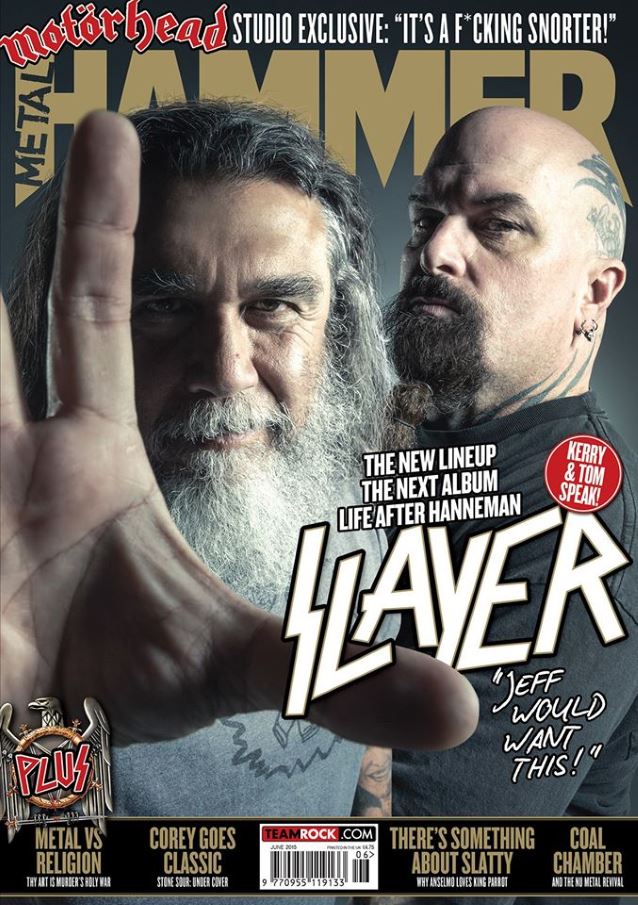