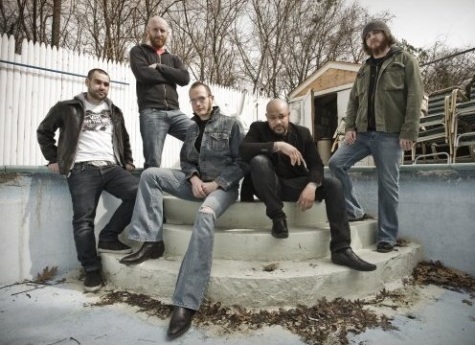 "We've been getting a lot of inquiries about the [vacant KILLSWITCH ENGAGE] singer position. If you are interested, please send an MP3 or a song link, a photo and a brief description of yourself to the management email address provided in the contact section of KillswitchEngage.com."

Former KILLSWITCH ENGAGE frontman Howard Jones issued a statement regarding his departure from the group, which was announced last week. Jones wrote in part, "I've had a pretty interesting couple of years, to say the least, battling with some personal issues. One of the low points being diagnosed with Type 2 diabetes that went unchecked for years. The rest of the band stuck with me through it, and, to be honest, they are the ones that kept me going. The whole experience definitely put a scare in me."

He continued, "Recently we've all been in writing mode, but somehow I couldn't get excited about the new album and all the touring that would go with it. The guys saw it before I did. In hindsight, I now realize that my heart wasn't in it."

Jones thanked the rest of the band for "an amazing decade," adding, "I have so many good memories, and those are the ones that I will keep."

The band said in its statement last week, "We love Howard and are thankful for the nine years that we've had him in the band. Out of respect for everyone involved we will not be discussing the specific reasons behind this decision. Howard is a part of our family and always will be, and we wish him well."

No replacement has been found yet for the 41-year-old Jones, who joined KILLSWITCH in 2002 after the departure of original vocalist Jesse Leach. Jones sang on the band's last three studio efforts, including 2009's self-titled set.