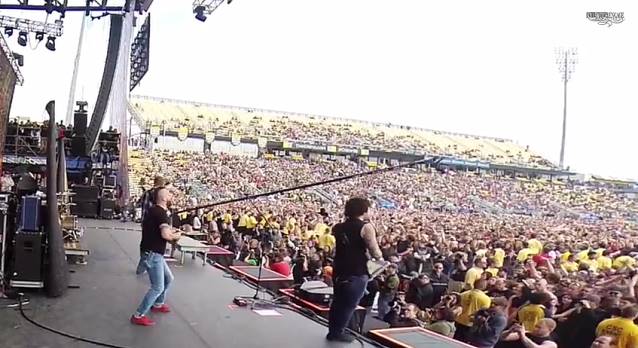 Vocalist Jesse Leach of Massachusetts metallers KILLSWITCH ENGAGE has uploaded the second in a series of clips featuring behind-the-scenes footage from the band's current tour. Check it out below.

In an interview with ARTISTdirect, Leach stated about "Disarm The Descent": "Mike D'Antonio thought up the title 'Disarm The Descent' even before I started writing. He approached me with a concept. Initially, it was 'Disarming The Descent'. After some discussion with him, I said, 'Let's just shorten it up.' I thought it was a great title. We talked about it a bit, and I wrote that at the top of the page and began writing notes from there. It's kind of a concept record."