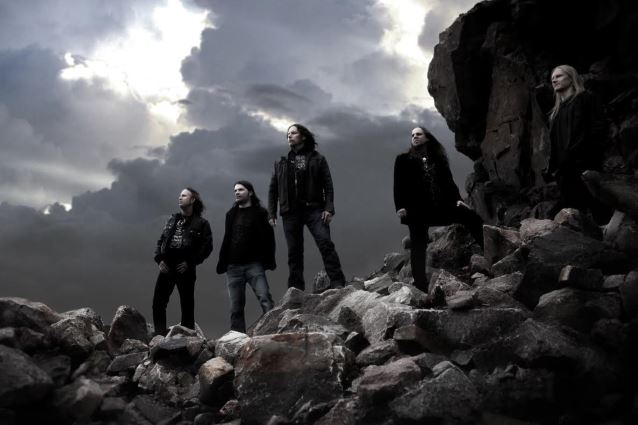 The official lyric video for the song "No Man's Land" from KING COMPANY can be seen below. The track is taken from the band's debut album, "One For The Road", which will be released on August 26 via Frontiers Music Srl.

Formed in the spring of 2014 under the name NO MAN'S LAND, KING COMPANY is a band featuring cream of the crop of the Finnish hard rock scene. Drummer Mirka "Leka" Rantanen (RASKASTA JOULUA, WARMEN, THUNDERSTONE, KOTIPELTO) had been thinking about forming a new hard rock/melodic metal band for a long time. He wanted to play with people with whom he had worked before and who he knew both as good musicians and as friends. First, he contacted guitarist Antti Wirman (WARMEN) who immediately joined the band. Singer Pasi Rantanen was in Mirka's mind from the beginning, as they had played together in a couple of bands before (THUNDERSTONE, WARMEN). After keyboardist Jari Pailamo (KIUAS, PONIES TO KILL) and bassist Time Schleifer (ENFARCE) joined the band, this super group of sorts was finally ready to start working.

KING COMPANY's debut album, "One For The Road", is a trip back in time to the melodic hard rock world of the golden '80s and '90s. The band's biggest influences come from legendary bands such as DEEP PURPLE, RAINBOW and WHITESNAKE, but also from other great acts like EUROPE, MR. BIG, LYNCH MOB and DOKKEN. All this, but with a contemporary twist! Singer Pasi Rantanen has taken his biggest influences from the great David Coverdale and you can definitely hear it. KING COMPANY salutes all these great bands and fans of this genre with their debut album and they are hoping to reach people who are new to this kind of music too. The album's title track, "One For The Road", says it all. "Some of us got in this ride back in the '80s and we are still on that same road," says Mirka Rantanen. "It was 1985 we were young and wild and free, We dreamed of playing rock`n roll, and sitting in a black limousine...we still believe!"

Mirka continues: "Our debut album, 'One For The Road', should have been done years ago, but there was't simply time to form KING COMPANY. We all had our own projects and we were too busy in our personal lives. Many of us have played in power metal and extreme metal bands, but something has always been missing. We wanted to write an album full of songs that we have always wanted to play. And we did. Most of the songs have been written together around Antti Wirman's guitar riffs, but there are some older song from Pasi Rantanen that we re-arranged to a more modern form. The greatest ballad on the album is called 'Cast Away' and it's written by the keyboardist Jari Pailamo. Most of the lyrics are written by Mirka and Pasi."

"One For The Road" track listing: 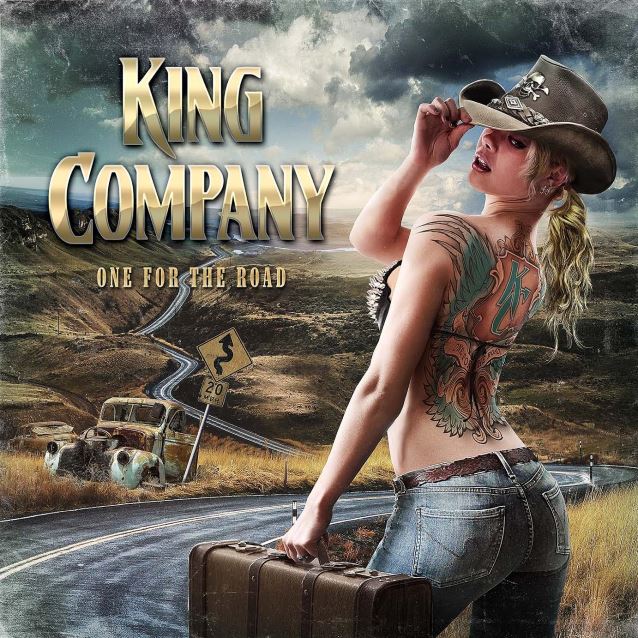